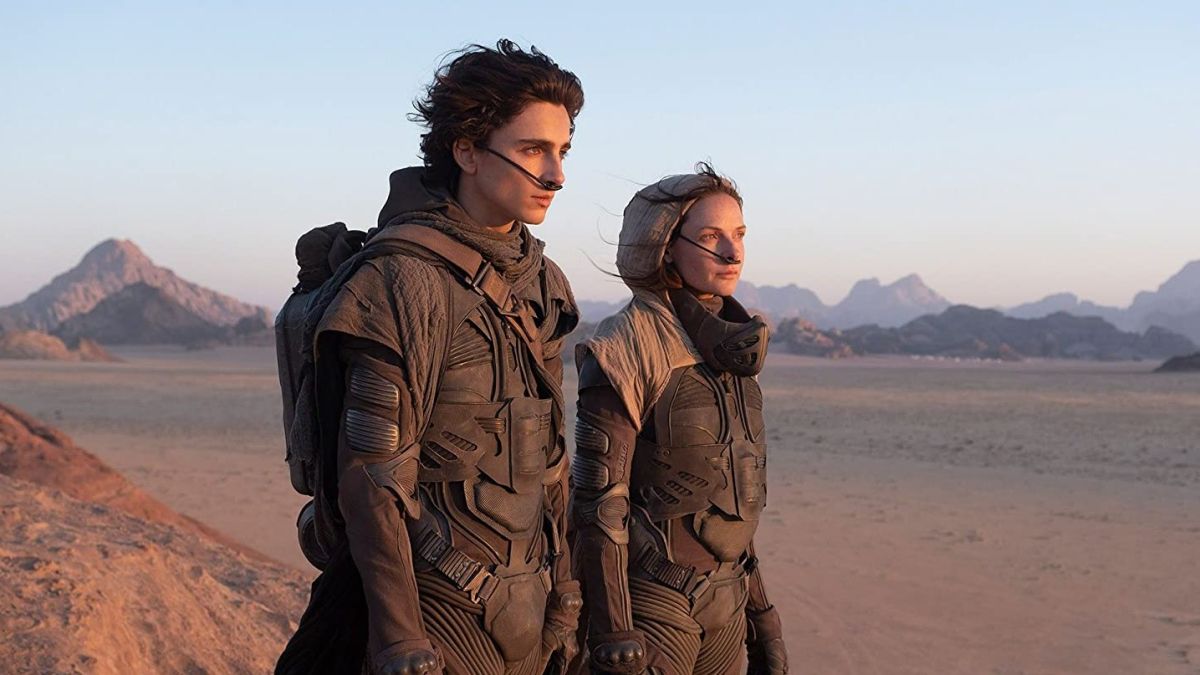 Words cannot describe how much I’m looking forward to this, though I harbour some fear as well out of that desperation for Dune to finally have a film adaptation worth of its universe. This trailer is epic, the director is top class, the cast has some of the best actors currently working (in Rampling’s and Bardem’s case especially, they are among the best of all time, in my opinion).

I had exactly the same feeling. It turned out it was a witty, intelligent movie but I couldn’t help feeling very uneasy. The tragedy was too great, even if the movie itself did well at making a mockery out of its perpetrators’ philosophy.

I don’t think movies are the best medium for Dune if I am honest. Movies are too short, Dune is based on a large series of relatively long books. I doubt this movie will be what you hope.

I would however love, love it, if a long series (say 7-8 seasons) with strong actors came to be.
But I am going to watch it but I am also very skeptical, fear it will be mostly action scenes and very little dialogue. If the director is trying to put an entire book into this film, then that is what I fear will happen. All the big action scenes from the book are probably going to be there, hollywood likes action. But the rest ? The important bits ? Very skeptical.

I think Villeneuve actually realised it on time, he was quoted saying that this movie should be the first part of the story and that there will be another one. That gave me even more hope, to be honest.

Judging by his body of work, I think he’s the perfect director for this movie as he offers balance between Hollywood box office and film as an experience and art. He’s a drama director, judging by his filmography, so I’m glad that he got it, rather than someone who’s primarily an action or SF director. I will get a negative response for saying this but I think that I actually saw his Blade Runner sequel more times than the original and got to love it more - and I simply love the original. He just seems to get the film, any film. I hope from the bottom of my heart I’m not wrong on this (I was convinced that Blade Runner sequel was unfilmable

Another film that I can’t wait to see, seems much “bigger” than their previous releases that were filmed on a budget (but completely blew me away in a way that not many films do).

I love the original. I have watched it I think 4 times. Everything is great in it, from Vangelis to the movie itself.

But I have never watched the new one ! I really have to do that one of these days

Not sure I would go that far to be honest. The first was an astounding film, quite possibly my favourite of all time. This film is 20 years too late and doesn’t really open up a avenue to progress the story. Wonderful to look at and still a great film but it doesn’t leave me with the WTF, I want more that the first did.

I am also looking forward to the Dune remake. I liked the original but would like to see a version with less of the quirks to it I think. I also want to read the book in the coming weeks.

This film is 20 years too late and doesn’t really open up a avenue to progress the story.

Disagree.
BD 2049 gives a believable plot extension which builds on Rachael and Deckard’s relationship, adding a purpose to it (which further raises questions on Deckard), continues the story of replicants and their organisation (that can be further explored), and introduces and even covers the life of a very credible, likeable new hero.
All the while enhancing the core qualities of the original.

Also, the fact that they created three shorts (Blackout,Nexus Dawn and Nowhere to Run) to connect the original and new movie, shows that they cared for the story.

But again my point is, it’s 20 years too late. This fil could have been done 20 years ago with a similar storyline, Ford at a better age to manage the role and open up a whole host of other questions and directions along with exploring Deckard himself. This pretty much killed everyone off, the mystery of Deckard is gone.

Plus, if they’re saying replicants have advanced, Why have one that goes around killing other replicants without hesitation and any remorse. He all of a suddent starts to have weird feelings when he thinks he’s the child of other replicants. Do you not see that as odd? And then they kill him off as well.

Like I said the first left me with a whole host of what if, why, what next? This just ended and given the age of Ford, Sean Young’s character is dead there’s nothing to explore on how they were special. Why does Deckard not have the lifespan? Building Young’s character with a womb, did she have the lifespan? All unexplored and too late to look at. It basically missed the opportunity by being so late.

I still enjoyed it immensely but the first IMO was truly special. Actions defining humanity rather than your flesh. Rather apt during these current times I feel.

I see your point, but that’s just down to different interpretations. I loved the way they handled (progressed) the story, you didn’t.

PS: The second also continued with the theme of actions defining your humanity, with the choices K makes.

I guess after loving the first I guess I’m a little disappointed that I had to wait 35 years for the sequel. The story had to move too far from the original due to that gap I think.

Still one of the better films of the year I think.

The philosophical concept is a good one, and I am a fan in general of Phillip K Dick (the writer of the source Do Androids Dream of Electric Sheep?), but I just felt the exploration of the idea left me a big flat. Almost like, here’s 90 minutes of chases and shooting in moody lighting…and now I’m going to drop a philosophy bomb on you at the end and make you go “woah, that’s deep brah.”

Oi, lads, have we got ourselves a bannable offence 'ere?!

I’ll admit I sometimes confuse Dick and Heinlein, and so it is possible I sometimes watch an adaptation of the dick novel expecting a more trippy Heinlein like treatment of it. I’ll own that. Regardless, if you like either of those guys, there was a totally under the radar adaptation of a Heinlien book made a few years ago with Ethan Hawke called Predestination and I would highly recommend watching that.

Predestination was a real headscratcher, a precursor to Dark TV series even if they didn’t know it at the time, haha! I have a lot of time for Ethan Hawke, so I watched that one and I thought it was a good film.

I never thought about in relation to Dark, but yeah that is a great shout. I wont say any more though as this film is one you really dont want to go into with any hint of what is happening and how it will ultimately untangle itself.

On a side note, speaking of good sci fi movies, have you lot seen ‘The Vast of Night’? Smart little Indie flick that got mistreated by studios but then released on Amazon.