Planning for a trip to Greece , Can people tell in and around Greece the places to visit.

Crete. Don’t miss it, especially the west side of the island.

What type of holiday are you planning,summer or sightseeing?

You’re fucking up the environment.

Athens is a must see.We spent about 4 days there in the summer of 19 and absolutely loved it.At 13, the kids loved all the sites and museums so much so we will be going back this year or next.

Been to a few of the Ionian island over a 3 weeks period(kefalonia being our favourite),using ferries to get from 1 to the other.

Crete ,as mentioned by Bekloppt,gives you a beach/pool holiday but with plenty of sightseeing also,great if you only want to chose 1 island to visit.Santorini is a beautiful place to go.IOS if you like to party.You can go between all 3 of these islands by ferry

Wednesday week i will be on the Arena Beach. Anyone on here been there?

It’s a 10th year anniversary to the ball and chain… And am right now in a budget… Especially because me being the selfish prick that I am , I wanna squeeze in a visit to Anfield as well.

It’s a 10th year anniversary to the ball and chain…

She deserves a fucking medal.

I would really wanna cut down on the travelling costs… Around Greece… and then make a 2-3 day visit to hopefully tie into a Liverpool match. 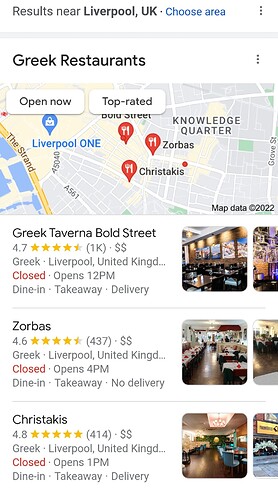 Best of both worlds… Maybe she won’t notice

I am going on a business trip to Seoul later this week and was wondering what would be the one thing people who have been there (or indeed live there) would recommend to do? I don’t have loads of time there for exploring - maybe about a half day between commitments while out of there.

Have a revolution: It promotes tourism. Well it worked for France and the group of states formally known as the British American Colonies

Depends on what you like if you only have half a day. If you are interested to get into the bustling and hustling with people, locals and foreigners alike, go to their markets like Myeondong, Namdaemun, Dongdaemun etc…if you like a relaxed workout, take a easy hike up to Seoul Tower, if history is your thing, then the Palace and the National Museum are good to go too.

I think one of ours, probably @Euphoria , used to live in Seoul for a while.