From January 2018 to May 2019 he was the best CB I’ve ever seen play for the club and the best CB in the PL era for any team. He’s still very good but I really hope he can get back to somewhere close to the beast level he had in the first 18 months or so with us.

This demonstrates his importance 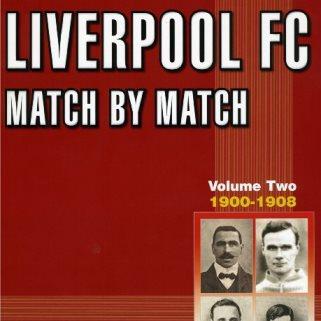 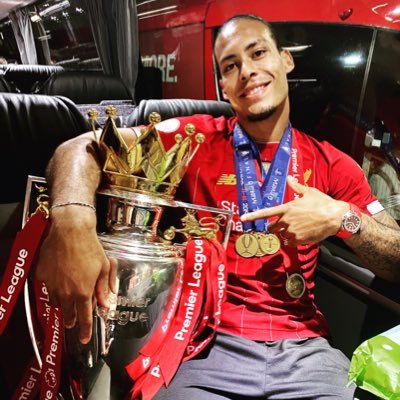 Well well that was eventful! 😅 Loads of things that we could take from the game, postive and negative. Glad to get the win and contribute with my first goal of the season! 😄 https://t.co/ci9pM6dSPK

Probably should be changed to first 2 goals of the season?

Right we officially have a @VirgilvDijk face and hand 😛✋🏽 https://t.co/KO6XcQyp5X 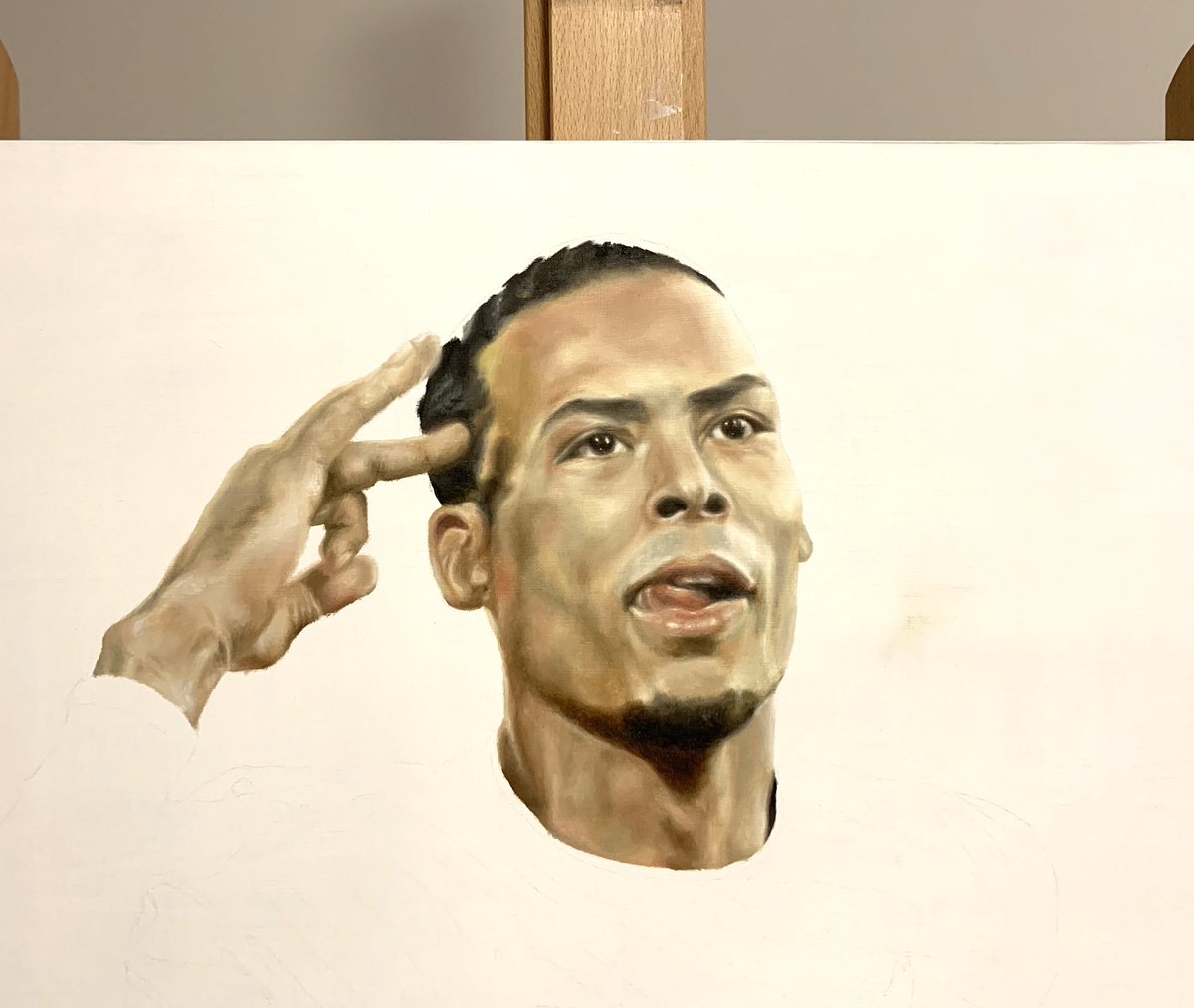 And few parts of you too, lady

And few parts of you too, lady

Which possibly explains where Virgil’s other hand is. 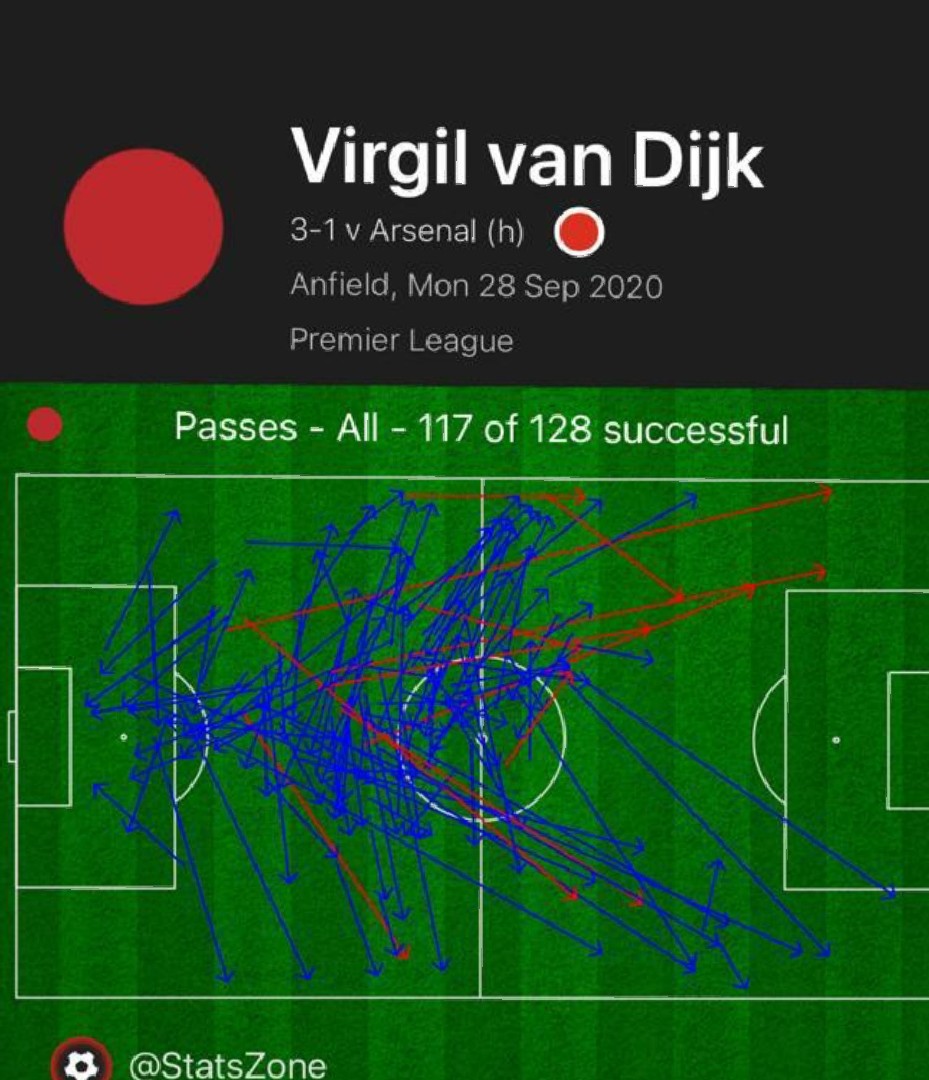 Van Dijk is the reason most teams don’t press LFC and commit too many men forward to stop them building. Superb range. https://t.co/pUNWguI5Ll

Apparently, Virg completed 77 passes in the first half at Anfield vs the Gunners, in the process surpassing our new boy Thiago, with his 75 passes vs Chelsea, which was a Premier League record for a 45-minute spell.

“We tried to set up to frustrate them but then van Dijk plays a 60-yard ball right onto the foot of Salah.” Pretty much!

His vertical passing has really improved over the last year. He used to like the long floated ball out to the wing, which looks good but allows teams time to regroup. Npw he really pings it forward and his accuracy is spot on. Arteta was right. Not much you can do when you come up against that.

His vertical passing has really improved over the last year. He used to like the long floated ball out to the wing, which looks good but allows teams time to regroup. Npw he really pings it forward and his accuracy is spot on. Arteta was right. Not much you can do when you come up against that.

One of my favourite coaches used to make us play with a very aggressive squeeze to the side of the pitch the ball was on. It allows you to put pressure on the ball and keep them in the area you want them to play in, but does leave you theoretically exposed to a long switch of play. Whenever he was asked about that risk, he always used to laugh and say “anyone who can hit that ball twice is not going to be caught playing down here at this level.”

was too dumb to think that comp would be posted here, so i looked for it in the post-match thread, and then posted it there

seems like we’re all aware of how we take his sublime defensive performances for granted, but yesterday was the day i realized that i take his long passes–particularly the diagonals–for granted

if you were watching two mid-table sides in germany or spain and saw somebody play any one of about a half-dozen of those passes yesterday, you’d start watching that guy closely

Yeah noticed it a fair bit last night, was wondering if it would show up.

Virgil Van Dijk has not missed a premier league game since February 2018, that’s 92 consecutive games played. What a fucking LEGEND.

Frankly, I think he has played too many games during this period.

When you look at it, we were pretty good with injuries to key players in last years. I really didn’t think that would happen, especially with a few players who had some injuries before. Talk about selection, prevention, but also a bit of luck you always need.

I think Klopp is one who will see the injury through so he won’t rush them back, the miracle recoveries elsewhere especially Man City make me wonder but even if a player has a niggle Klopp trusts his replacement to fit in. I like that with Klopp, Ponchettino was another who rushed players back and the way he dealt with concussion was baffling.