And they missed some absolute sitters!

Norway aren’t buried yet, they’re just pining for the Fjords.

Hey our old boy JAR!! Oooft he is pissed off!!! 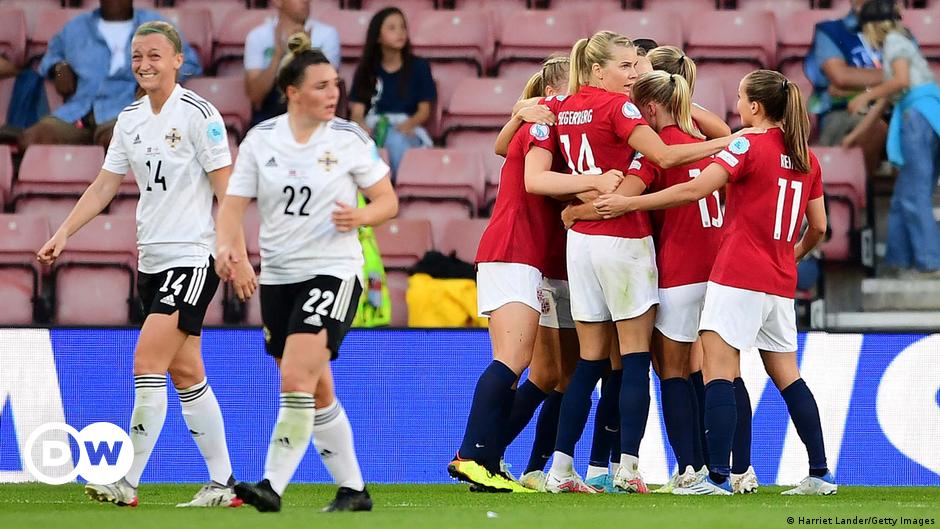 Record-breaking attendance numbers, half-empty grounds and cramped academy stadiums at Euro 2022 highlight the challenges of organizing a tournament amid the uneven rise of interest in women's football.

Massive statement from England last night, looking forward to seeing them against some of the better sides.

Norway clearly not keeping pace with the fast development in women’s football.

I don’t pay any attention to the super league but watch most of the international tournaments, it is really striking to see the jumps in quality every two or so years.

it is really striking to see the jumps in quality every two or so years.

England, at critical stages of buildup play, made brave choices:

I was very impressed!

I’m just waiting for Phil Neville to complain that he never got the sort of plaudits this performance is receiving.

I’ve noticed his Inter Miami play in the same way his England did. He’s a rather crap coach.

But he’s got a binder!

I particularly enjoyed the first time passing! Very refreshing to see an international side of any gender willing to take risks going forward.

But he’s got a binder!

He spends his time mansplaining everything.

I finally found my nadir of leagues in which I just couldn’t watch it, some of the blokes looked less fit than the ones I used to play with on a Saturday in the Surrey amateur league.

That league is: Canada.

pretty difficult to be a polished league, when 85% of the country is under snow for 4-5 months of the year.

Exactly!! I was always expecting the safe pass given that’s what England men always do and I was pleasantly surprised a number of times! Great eye for passes throughout the midfield.

I got Iceland vs. France on TV

England vs. Spain
Germany vs. Austria
Sweden vs. Belgium
France vs. Netherlands

England vs. Spain
Germany vs. Austria
Sweden vs. Belgium
France vs. Netherlands

Any prediction for this? I think I’d go for England, Germany, Sweden and Netherlands as winners. At this point an England vs Germany final looks to be a distinct possibility. They’ve both been exceptional so far.