What a bizarre viewpoint. The Taliban are Afghan men. Afghan men drove the Russians out of their country. Why are you trying to denigrate Afghan masculinity? It would actually be better if Afghanistan was less of a macho society. 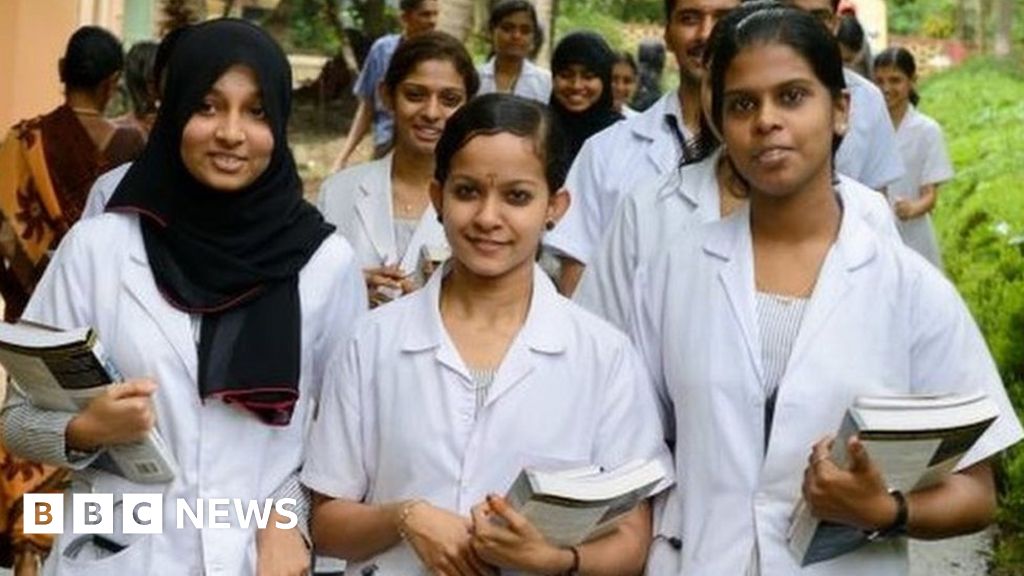 Why south India outperforms the north

What are the consequences of southern India outperforming the rest of the country?

BBC got this info a bit too late. This is a huge problem for India.

Opinion | We Have Seen This Movie Before: The Fascists Have Arrived

"By next spring, following a punishing winter of rolling blackouts and months when families struggle to pay for food and heat, what is left of our anemic western democracy could be largely extinguished."

Excellent article. Thanks for posting.

Chilling. But we should remember that they have always been around, at times in minority oppositions, and at times in power, either veiled in the clothes of democrats, or totally unveiled. It depends which country we look at.

It’s not as if we should regret the ‘old good times’ of the sixties, seventies or eighties btw. In reality, when one looks precisely at what went on during these times, it was abject, even more so than the current times.

it was abject, even more so than the current times.

In absolute terms, yes. But that’s like saying that life was worse in the ninth century than the nineteenth.

In relative terms, the “average” person is far worse off compared to the “elite” than at any point in history since the Middle Ages.

I wasn’t so much referring to wealth and the rich/poor wealth ratio, but rather to what went on politically.

Only focussing on Europe: during the cold war, you had half of Europe under a Communist tyranny. The other half had a bit of everything. The whole Iberian peninsula was officially fascist. There was a small amount of democratic countries forming the so-called ‘free world’ with their overlord the US.

Looking at the world more generally, it was a shit-show of utter proportions: China was far worse off than today, the whole of South America was under the rule of military dictators (all installed and favoured by the US), Africa had almost no country without a dictator, and almost the whole of Asia was led by dictators as well, India being the big exception.

Today is still a shit-show as we know, but not exactly as ruthless, violent and costly in human lives.

But the slope was better then. A lot of things seem to be progressing, that doesn’t feel like it is the case now. Are we better off now than we were at the turn of the century? I don’t think we are.

Yeah indeed, when compared to 2000, I can accept that there is a slope downwards. But there’s still a big margin to go in order to reach the state of the world during the seventies for instance.

But there’s still a big margin to go in order to reach the state of the world during the seventies for instance.

Do you really feel the war in the east of Europe is that insignificant?
It’s reforming that wall that caused so much trouble in the sixties and seventies, no?

As I said previously: the number of official dictatorships in the world was staggering at the time. Add in the war in Vietnam, as well as a global cold war in the world (symbolized by the Berlin wall), menacing at every moment to degenerate into a full-fledged nuclear war. That was the terrifying prospect hanging over everyone’s head.

I’m not saying that the war in Ukraine isn’t significant btw, and I’m not saying that our world today is perfect, far from it. But one needs to put things in perspective at times. No way the post-war era was better or more pacific than ours. As Arminius said, there was a perceived upwards slope though, because of the abysmal lows after WW2.

What’s more preoccupying is the current tendency to the worse, a bit everywhere worldwide. It’s a bit like a storm brewing up progressively. Nobody knows how strong it will be before it gets better again.

Wrong word. “Conservatively” would have been more appropriate.

The levels of destruction and potential harm caused by these stupid neo-conservative ideas are staggering. The current rise of fascism a bit everywhere is one of the major side-effects of their worldwide spread over the last thirty years.

There was a small amount of democratic countries forming the so-called ‘free world’ with their overlord the US.

Quite a lot of countries tried democracy before and failed in the process as well. The problem with democracy is that people need patience with it as well. There will be irresponsible leaders elected. There will be demagogues elected , but if there is no sticking to the principles behind what democracy essentially is… Then it becomes tricky.

To continue , people need to get behind the concept of a democracy by and large in order for democracy to work. India isn’t a perfect democracy by any stretch of the imagination. There were plenty of problems with it and still are. What worked in India’s favour was that democracy was something that India chose when it got independence and not something that was foisted on them.

That’s because their efforts were always more on keeping influence on governments and ressources (when not establishing outright dictatorships) than a genuine attempt to promote democracy.

The truth is that they couldn’t care less about the state of democracy outside of their frontiers, despite their incessant talk about it.

To continue , people need to get behind the concept of a democracy by and large in order for democracy to work.

Democracy is under the effect of entropy. If you dont continually work to keep the entropy from taking effect then democracy will slowly be undermined

The truth is that they couldn’t care less about the state of democracy outside of their frontiers, despite their incessant talk about it.

The conflict between what they do internationally and what they say they value is easier to square when you remember the US’ view of democracy at home isn’t entirely democratic either.