Guitars, Guitars and more toys that go with Guitars

His fingers are thicker than my dick haha

I have a guy I use but hes very busy.
Hes had my Harley Benton for 2 weeks now and hes only changing the pick ups.

I believe it. That’s exactly how Richards sounds…slurred

Im still trying to work out how this has happened? @Walshy07 - did you mess with those two large flathead screws keeping the bridge saddle in place?

nope. i took old strings off. put new ones one and the bridge was about inch too high. took them off and put 9s back on and now i have this issue. 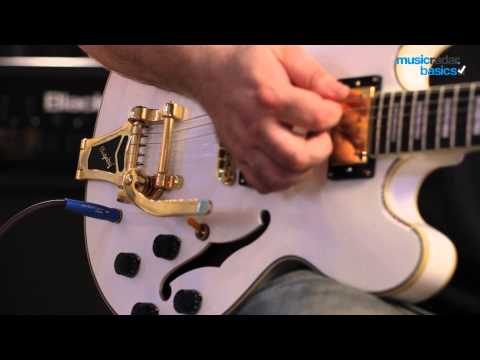 I wonder if the strings weren’t sitting right in the back of the guitar?

So…problem solved.
Remember that guitar shop I have around the corner who are utterly useless and I had to open up a paypal complaint against a few months ago…well I thought fuck it ill take it there. They cannot fuck it up more than me.

Guy took it off me, said wait a few mins…and sorted it.
Said the trustrod needed a tweak and the bridge raising a bit. All sorted. The cost? Nothing.
Phew!

See, I did mention the truss rod and the bridge

Interesting stuff. Anyone with £90k spare? You could go for new £4.3k version I guess
Surely that guitar is begging to be customised with at least a 5 way switch. 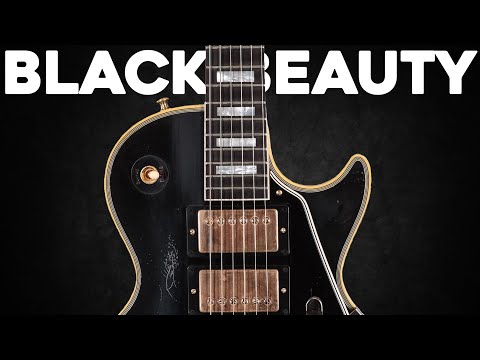 Personally I don’t get the deal with vintage guitars. You can get custom (USA/UK/Holland/Germany/Poland) made guitars at a fraction of what these vintages cost. You can have your exact options and they sound absolutely beautiful and play superbly.

Other than collectors items, why would you pay that kind of money for a guitar? It’s certainly not worth the playability.

Provenance for sure. Greeny for example, should be worth a lot of money purely because of who has owned it, the back story and the songs played by it. And that is fine by me, and actually more “sensible” than, say a painting for example. Others, such as art aficionado’s would clearly disagree on that. I remain to be convinced.

There is also the ageing wood angle. Does that make a guitar worth £90k? No, not in my opinion. It’s difficult enough to get your head around the cost of a brand new top of the line Fender custom some of the time until you look at the labour needed to make one.

You can get custom (USA/UK/Holland/Germany/Poland) made guitars at a fraction of what these vintages cost. You can have your exact options and they sound absolutely beautiful and play superbly.

Because I spend more time watching how other people test play such guitars than learn to play myself, I think I can even identify some of those you had in mind - please indulge me: Music Man, Dunable, Carvin and Kiesel from USA, Aristides from Holland, Duesenberg and Framus from Germany, Mayones and Skervesen from Poland? That said, I fail to think of anyone from UK at this moment when it comes to guitars, sorry…

Dunable is probably not your cup of tea as you’re a modern shredder with a defined style but I love their brutalist, monolithic approach with a touch of steampunk. Their takes on RD and V shapes (I think they’re named R2 and Asteroid respectively) are awe-inspiring. Genuinely, if there weren’t any issues with shipping, taxes, custom services, I’d buy one of each. That said, their prices have also risen significantly since the last time I checked…

Oh, and by the way, you’ve all inspired me to fiddle around with the truss rod on my Schecter because I haven’t touched it for almost three months until today and it turned out it had a ton of fret buzz between the third and the fifth frets (it was near the window and a radiator, so the frequent change in temperature probably did something to bend the neck). It sounds great now. Should any of you lads ever require my professional setup services, just give me a buzz, it’s free for y’ all!

Music Man, Dunable, Carvin and Kiesel from USA, Aristides from Holland, Duesenberg and Framus from Germany, Mayones and Skervesen from Poland? That said, I fail to think of anyone from UK at this moment when it comes to guitars, sorry…

Also Jackson, Dean, PRS, Washburn USA custom shops, in England the only one I really liked is Blackmachine but he stopped making them. You got the other ones right

I did not dare mention him - what Guthrie Govan is to playing, Paul Reed Smith is to guitar building.

I’ve never liked their designs. I’m sure they play great, but not for me