First, let’s give a big hand to the likes of Tsimikas, Morton, and Minamino who formed the bulwark in this campaign but may not feature in this game. We couldn’t have done it without you. 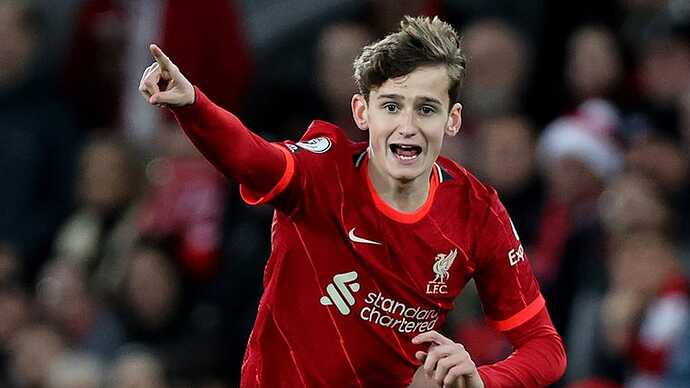 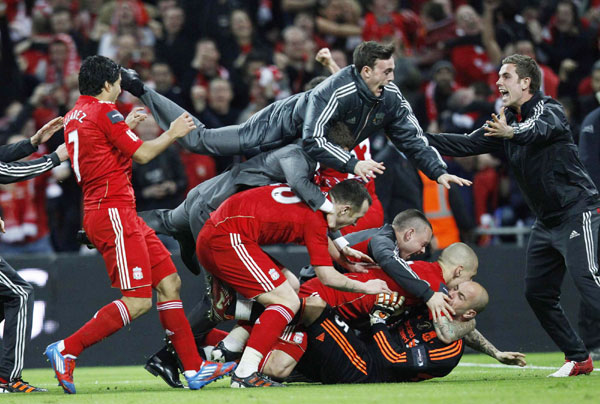 FSGOUT??? BTW, This will be the third League Cup final for Jordan Henderson. How cool is that.

Liverpool beat Norwich, Preston, Leicester, and Arsenal to reach the final. Chelsea beat Villa, Southampton, Brentford, and Spurs to get here. We have won ten of our last 12 games, nine on a trot. Chelsea’s record in 2022 is DWWWLDWWWWWW; not bad, considering they are/were favorites to win the league.

So far, Firmino is the only confirmed absentee but I guess Jota wouldn’t be available either. Klopp can always spring some surprises, but I feel the starting XI picks itself.

First piece of the quadruple, let’s get this done.

Fair play to @Iftikhar for remembering the good luck charm of the Kangaroo Cup thread title.

First piece of the quadruple, let’s get this done.

Fair play to @Iftikhar for remembering the good luck charm of the Kangaroo Cup thread title.

I wouldn’t mind if Klopp does decide to go with Tsimikas despite Robbo being on prime form.

It’s the least important objective of the season for me and Tsimikas has shown that he can be an able replacement for Robbo and probably has a better understanding with Diaz on the left side.

I can’t quite express how much I am enjoying Mane through the middle. I’ve always said that I think he would thrive there in the absence of Firmino.

Can’t wait, never enough of these games. We need it much more often. Every season.

Chance for our 9th League Cup and 49th major trophy overall. Let’s end this season on 50, that would be brilliant!

But also… Chelsea know how to play these big finals. They do have it in their recent culture, being favourites or not. They can find a way to get the result. They can make the form difference smaller with their quality and mentality.

I’m used to very dramatic and complicated Liverpool finals, in my 22 years of following the club, there was not ONE final when we could “relax” after 60 minutes or so. No, not even in Madrid. Even against Championship sides, foreign weaker sides, you name it.

Hopefully we’ll have enough to win this as a nice pre-meal into other competitions. I don’t remember when we were so high in all 4 competitions. Smells like 00/01 again, but on a higher level!

Couple of dilemmas.
Midfield is Fabinho, Thiago plus one.
Being a final it has to be Hendo. Elliot, Jones, Keita all close but Hendo shades it.

CB has to be Matip on form? Konate close to be fair. VVD a cert.
Robbo to ay despite good calls for Tsimikas.

Up front: Salah and Mane with one of Jota, Diaz or Bobby.
Think its Diaz to start with hopefully a fit Jota ready to come on.
Great choices
Come on Redmen!

The first of 4 trophies we are lifting this season.

I hope when we win Klopp unfurls a flag of Ukraine and impales Abramovic with it.

Does this go straight to penalties with a draw after 90 minutes?

It is a travesty that Klopp has not yet won a domestic cup with Liverpool. Time to set this record straight.

Added bonus (though a very welcome one) would be knocking Cheaty off their League Cup perch they currently share with us. We cannot allow the oily bastards to claim any record number of domestic trophies for themselves!

I expect a nervy and tense final against the Chavs. Strongest possible XI (hope Matip can play his 3rd game in a row) and 5 available subs for Klopp to change the outcome if needed. I’ll keep my fingers crossed for Jota and Bobby (or at least one of them) to make the bench.

Klopp said after the semi that Kelleher would play

I think it’s the team that started last night except Kelleher and Henderson come in for Jones and Alisson. If I was Joel Matip I’d be very pissed off if I didn’t start.
If we match them in midfield we’ll win. That is the big concern for me, the one area where we can be bettered. We’ll need our 3 to be on the top of their game.

Also …is it free haribos at the gates?..

My mistake… missed off Robbo.

It sounded that Jota is in a better situation than Bobby.

We’ll see how much he can give us on Sunday, but it’s great news that he could help in some capacity.

If he can start, drop Diaz. If he can’t start, keep the same front 3.

Can we play in the Ukrainian national kit?