Earlier in the window there were rumours that we were after him. These rumours have again reared their head - links in the twitter thread and the unreliable rumours thread. Two Portuguese newspapers including one seen as top tier for Porto, Portuguese journalists, and Colombian journalists saying that the deal will be done by the end of the window. I figure that’s enough smoke to assume some semblance of a fire and warrant a thread.Also it’s half 2 in the morning and I’m working lates so I need something to pass the time.

All sources are agreed on a fee of 45 million euros up front with some disagreement over the bonuses - some say 15 mil euros in bonuses others say 20 mil for a total fee in the range of 60-65 million euros which is about 50-55 million pounds (half a Sancho in modern Manc measurements). Transfermarkt has his current estimated value at 43 million euros/36 million pounds meaning that the proposed up front fee is in keeping with his actual value and any bonuses paid would be good value for money because he’d have to play a role in us winning stuff for Porto to earn them.

Spurs have also been heavily linked and repeatedly underbid Porto for him until a couple of days ago and Diaz has since turned them down. According to the reports the final straw for Diaz was Spurs’ instance on Jorge Mendes being involved in contract negotiations instead of Diaz’s agent so he has rejected them and the higher contract they were offering. He is eager to play for Liverpool, even on a lower contract than the one Spurs were offering, because he sees it as a better opportunity (duh) and we haven’t been dicking around with Mendes. This refusal to deal with Spurs has led Porto to accepting a slightly lower bid than Spurs’ from Liverpool. So the story goes. This may be true given how prevelant it has become in portuguese media. It may also be a tactic to get spurs to stop dicking around - after all I’m pretty sure it was Porto’s owner who called West Ham’s Gold and Sullivan the “dildo brothers” so the possibility of Porto playing Spurs’ game is there.

Diaz is a 25 year old pacy winger/forward and has 16 goals in 28 apps (all comps) this season. If he came in he would be direct competition for Mane and would be ahead of Minamino and Divock in the pecking order. Longer term I’d image him arriving would be the beginning of the death knell for Mane- our beloved front three are hitting 30 soon and Mo is the only one showing no signs of slowing down. Eventually we are going to have to lose them even though I will be gutted to see any of them leave as I love these boys; just as Jota is looking more and more ready to usurp Bobby I’d imagine Diaz will have a similar role to play in the transition from Mane onwards. Also having Mane off the books could be justified if it freed up money for Salah’s contract.

For those wanting to join the hype train/those who believe in football juju: the only two South American players I can recall us signing in Jan were both late in the window. They were Luis Suarez and Philipe Coutinho. Both were mercurial geniuses (Luis was better but Coutinho for that last year and half was world class) who nealy won many things with us playing weaker teams. Therefore Diaz must also be a mercurial genius and because our team is better he will actually win trophies here. Flawless logic if you ask me. 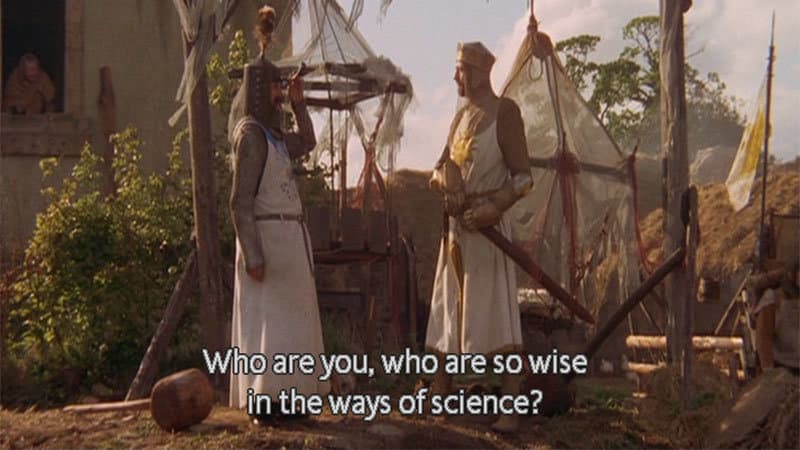 Unless of course this is all smokescreen to get Spurs to pay more; in which case he’s shit and we spank him 5-0 every year

are there any credible links to this ?

The Portuguese sources are seen as reliable when it comes to Porto, especially the paper “Record” which is seen as top teir for Porto and was the first paper to report it. Ojogo, the other main paper to report it, is also seen as fairly reliable for Porto, but more of a teir 2. Both papers reported it at pretty much the same time; independent of each other.

Translation of the Record article:
Luis Díaz will leave FC Porto and head to Liverpool in this winter market. The 25-year-old Colombian prompted an offer of 45 million euros from the Reds, which also includes 15 million euros in goals, and the club from the north of England already has the player’s agreement, found out Record . As our newspaper had advanced on Thursday, the English threat to the player was real and would always remain so until Monday, the day the market closes, despite the fact that the deal with Tottenham did not progress.

Liverpool, who had been monitoring the winger for a long time, came on the scene following the offer made by Tottenham, in a very similar way to the rival’s proposal, although with a lower value in terms of goals (10 M€). The superior status of the reds in the competitive and historical plan seduced Luis Díaz, unlike what happened with Spurs , as we reported on Wednesday, and the player gave the green light to the change, this after the level of understanding reached between the clubs early this Friday morning.

On the side of FC Porto, the possibility of the transaction resulting in a total amount of 60 million euros remains open, a threshold pointed out by SAD as the minimum for the player’s departure at this time - the dragons hold 80 percent of his pass. Luis Díaz is currently at the service of the Colombia national team, for which he enters the field this Friday to face Peru, so the conclusion of the transfer will have to be made at a distance. The expectation on both sides is that the formalization of the deal will not take place until Monday, the last day of the winter market, being completed in advance during this weekend.

Potentially Great news. This probably means jota is transitioning into central and diaz is the mane replacement.

Been reading through some (google translate) portuguese responses to this. Porto fans fuming that he’s potentially going for 20 mil less than his release clause - they see him as hving taken te step up to one of the best forwards, if not the best, to have played in Portugal for a long time. Non-Porto fans very happy - also think Diaz has taken the step up this season to one of, if not the best, forward to have played in portugal for a long time and are glad he might be going. Sporting fans in particular are happy because they think Porto will now chuck their 6 point lead at the top of the table.

Portuguese press pushing this heavily I feel. Rumour Joyce is going to announce tomorrow though…. 45 million with 20 million plus add ons. Seen a clip of him versus City which looked great but a lot of money.

Difficult to get excited about this one for me, but it was similar for Jota and look how good he turned out. And who am I to argue with our scouting team.
Mainly based off the fact that whenever we played Porto we absolutely spanked them and nobody stood out for them.

I did wonder about the links in the Beeb gossip to Spurs and thought it may have been a ploy to get us to pull finger and/or up our offer.

I also had high hopes we might go for Jeremy Doku as a Mane understudy, however that was based off seeing him play a handful of minutes at the Euros.

Rumour Joyce is going to announce tomorrow though….

A rumor of a journo (albeit a credible one) going to make an announcement. Gotta love transfer windows.

We are starved let the rumour starters have their fun

If rumours do become true won’t we have to sell a foreign player to make room? Think it will be Minamino or Origi if so.

Difficult to get excited about this one for me, but it was similar for Jota and look how good he turned out. And who am I to argue with our scouting team.

Agreed. Another factor for me is that he’s 25 years old… That’s slightly older than what Liverpool would like in terms of the years that he stays in the club and that he might have already peaked as a player.

Sadio and Mo were 23- 24 years when brought in and had still to reach their peak.

It might be me but we spanked porto for fun and none of the porto players made an impression.

Either way serious money to be spending on a player not having experience in PL and the scouting team rarely gets these wrong.

There were rumours to porto wanting Origi either on loan or a transfer in the past. This might have something to do with the supposedly reduced transfer fee(compared to Spurs) being accepted.

Yes it’s hard to argue with the track record of the scouting team. Admittedly for me whenever we played Porto I had it on in the background while working, so couldn’t get a good appreciation of any player that may have stood out. It would have also been relatively difficult to make an impression due to how we dominated them.

It’s a reasonable outlay, so I presume all involved in his selection knows he has the goods to become what we expect.

I guess at 25 a 5 year deal will take him through to that magic age where we seem to be very cautious about renewing.

Off topic, but I saw the Wolves interested in Minamino rumor as well, so was rather hoping it could mean business with them for Raphina.

Bring in Diaz to be understudy to Mane the last half of the season then sell Mane in the summer? I could go for that

Same age Fernandes was when he went to the Scum I think. Also in his last half season in Portugal ol’ Frog Face had 15 in 28 whereas Diaz has 16 in the same amount of games - also playing CL instead of EL like Frog Face was.

Different players of course, with different play styles and positions, but suggests he could do well coming over.

If rumours do become true won’t we have to sell a foreign player to make room?

Just don’t register Karius, hardly anything gained by having him on the lists.

with them for Raphina.

Err who is going to tell him?