On a positive note, Phillips had a good game at CB and is settling in nicely.

Hard to do much when your playing 11 lads, three referees and a fucking bellend in Stockley Park.

I hate to lose faith but this league is turning into a farce and a joke. Someone (or some group of people) must be trying desperately to keep the league artificially competitive. Either that or someone has it in for us.

Bias sums it up.

Should have had 3 points.

Ridiculous game,i’m in shock,wraps quick spliff to work out what the fuck just happened.

If that challenge for the penalty is on Salah in the opposition box we want the pen too. Its a soft one but it is what it is.

Move on and get on with it. 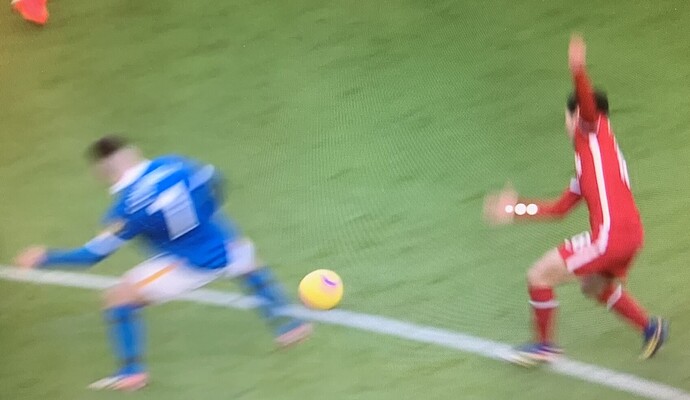 Not sure which martial art Taki was lining up here but it would have been his only meaningful contribution. Sadly he missed. Funny the scenes you see when streams freeze.

My god embarrassing from the officials. What was the need for VAR was it that that bad before VAR??? Is football even fun anymore… can’t celebrate goals due to a pending VAR investigation. We are losing the sport to a computer run by some idiots.

What a fucking joke

This season has become a fucking joke. I couldn’t care less if they cancelled it tomorrow.

I’m honestly not enjoying watching football anymore. I can’t celebrate a goal because I’m waiting for VAR to disallow it all the time and the standard of refereeing is appalling. How he could give that penalty is beyond me. Disgusting decision.

The REF can wank off. Fucking horrendous referring

The games bought and we are not getting anything ever.
Might as well fucking vote for the European league rather then this bought out league.

Doesn’t pass the sniff test that one. We were cheated out of the win. Three VAR incidents all against us. Two goals chalked off, and a ridiculous Brighton penalty at the death when nobody was even trying to claim anything. All that on top of a ridiculous early game after CL exertion Wednesday.

Definitely feels like an agenda against us, and no, I’m not wearing a tinfoil hat!