Jürgen was unbeaten in eleven Merseyside Derbies before today and the bitters hadn’t beaten us since I was in short trousers (well, almost), so history was definitely on our side as we entered the 237th clash with our not-so-noisy neighbours.

The return of Joel Matip in defence meant less pace than Gomez would have provided but a more calming presence; Thiago and Henderson started in midfield and looked a mouthwatering pairing on paper.

Liverpool wasted no time in making the breakthrough; seconds after Salah was denied by Keane, a quality move involving Trent, Mo, Bobby and Robbo ended up with Sadio applying a first-time finish past Pickford. Great stuff.

Digne then denied our captain a clear chance of doubling our lead before Pickford clattered into Virgil in the penalty area. It would have been a blatant penalty had a marginal offside decision not been awarded; Pickford would have been lucky to have stayed on had it been onside, as it was a very crude challenge indeed. The big Dutchman limped off to be replaced by Joe Gomez; let’s hope that our number four isn’t out for too long.

Robbo delivered another excellent cross which Bobby headed wide; the Reds were rampant in the early stages. Hamess then released Calvert-Lewis, whose shot was as saved by Adrián but the resulting corner led to Keane equalising with an unchallenged header. Every week we see these goals on MOTD or elsewhere- big centre half with a thumping header and every week we hear pundits say that the keeper has no chance due to the close range and the power on the header, yet still the anti-Adrián mob were out en masse. I wonder if their reaction would have been the same had Alisson conceded that same goal?

Salah spurned a glorious chance to reinstate our lead immediately, then Andre Gomes committed a foul for a high boot on Mané on the edge of the Everton box; Pickford denied Trent with an excellent save diving to his right. Thiago shot wide from the edge of the area; Mané then missed another chance after being set up again by Robbo- Bobby’s delightful nutmeg on Doucouré in the build up was class. Salah wasted another chance after being teed up by Thiago and Everton somehow scrambled the ball away when Henderson looked set to score.

Two things which astonished me were how the home side managed to survive almost the entire first half without a single yellow card (Gomes, Allan and Coleman should all have been booked- the first-named on numerous occasions- before Hamess was finally sanctioned as we entered stoppage time) and how it was only 1-1 at the interval. We should have been at least 3-1 up, if not more.

The second half started as the first had, with the Reds on the front foot and Fabinho wellying it well wide from the edge of the box. Henderson then headed over and the number of missed chances kept climbing. Adrián was then called into action to thwart Calvert-Lewis on one of Everton’s rare forays forward, while Richarlison saw his header come back off the post after a teasing cross from the mercurial Colombian.

As we passed the hour mark, it was starting to feel like one of those days but then Mo Salah became the seventeenth Liverpool player (and third fastest) to score one hundred goals for the Reds with a smashing left-footed finish into the bottom corner after Mina failed to control in the area. A great tackle by Robertson then denied a chance for Everton to equalise. Pickford then kept the home side in the game with an excellent save from Matip’s header- I hadn’t realised T. rex junior had telescopic arms, as he did really well to reach it.

Calvert-Lewin headed in to make it 2-2 from Digne’s cross after the left back was released by another excellent ball from Hamess- but surely the Colombian should not have been on the pitch by that point after several very rash challenges; he could easily have received a second yellow a few minutes earlier. Mo then set up Jota, who was thwarted by Pickford, and Mané headed wide in the ensuing melee.

Everton finally received a red card in the ninetieth minute, when Richarlison went in hard on Thiago on the halfway line; it was a potential leg breaker and deserves a long ban.

Hamess is rapidly becoming my least-liked player; he’s quality on the ball but a snide bastard without it- he should have been sent off for repeated transgressions today- and his incessant waving of imaginary cards really takes the piss.

Captain Fantastic looked like he had saved the day in stoppage time, a brilliant no-look ball from Thiago releasing Sadio, whose pull back was drilled home with aplomb by Hendo. A VAR check ruled the goal offside due to Mané’s arm apparently being a goal scoring part of his body.

Given the number of challenges Everton got away with and the disallowed goal at the end, the obvious conclusion is that we were robbed today but it must be remembered that we wasted loads of chances and should have buried them.

MOTM: Antonin Carême. The celebrated French chef may have died nearly two hundred years ago, but he did invent the chocolate éclair (probably). And the missus has just made some while I’ve been watching the match. There goes the diet…

Absolutely robbed. Right from Pickford’s red, to nonsense of that VAR decision and basically allowing them thrash our players in every single tackle. A red card too late. Ridiculous, just ridiculous.

Am I out of the pick one winner a week game??

Pickford is the luckiest man in Liverpool today

So . The mandatory draw away at Everton. Had all malice we could expect. Crossed the line of dirty fouling and robbery by VAR.

That’s all I have to say atm.

MOTM were Thiago , Hendo and Robbo…

5minutes later I still feel conned. I’m going for a walk. Not in any position to be subjective about our performance at the moment.

Who was the VAR official?

I am yet to understand Mane cannot score with elbow with? What did the ref see to call that off? There has to be clarifications of decisions, else this is blatant cheating and officials will do whatever they want to do. 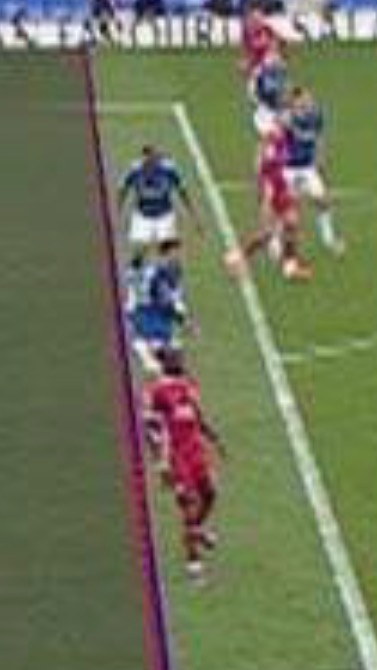 pickford should’ve been off, obviously

Commentators over here keep saying that VAR didnt check the pickford incident for serious foul play. That’s a cop out. You dont need VAR to see that a two footed, knee high, scissor tackle that completely misses the ball is a red. Just a complete farce of a situation.

Positives: The sharply bad taste in my mouth is somewhat better than the flavor of sour puke left by the Villa match.

Hendo immense. So deserved the winner too.

Sure we played better but we have to take our chances: Mane and Salah in first half were a little wasteful and our keeper is just not good enough - even T Rex was better.

Going to be a tough season if we don’t get our defence together and tighten up. Worrying that VVD is likely to have a knee issue, and Klopp says that it ‘doesn’t look good’.