Please can we have the real Liverpool back?

Was it really necessary? They are doing just fine

Tactical shambles from Klopp. Disappointed with him today!

Just simply not good enough. Klopp and team need to figure out why sooner than later or it’s going to be a very long season.

It’s going to be a long season 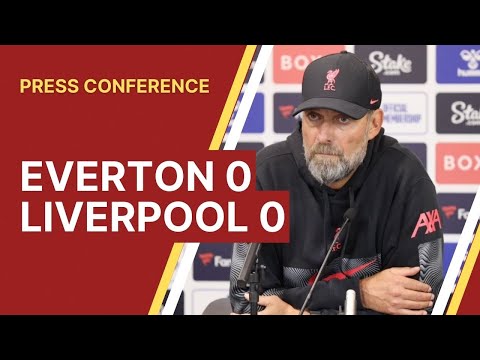 Fucking cunts, all of you. Messing up my post match thread.

I’ll take top 4, miles off it. Milner needs to never play for us again. Gomez played well. Ali even better. Kostas too. Everyone else meh. Havent seen the light with Darwin yet tbh.

Pickford was named MOM. What does that say?

Isn’t the first time and certainly won’t be the last.

This result in the CL away games will be more than fine. In the Prem, not so. Need to get back into winning ways.

I put this one down to Klopp. HE was brave with the selection, but in the second half we were disjointed with all the numberous tweaks and subs. Trent coming off can understand with game management, but Tsimi was a head scratcher.

AGe cathcing up with MIlner, so at RB he needs to be a more traditional style rather than charging and attempting a counter press. GOt done many times, and Klopp had to waste a sub to correct the mistake.

Speaking of subs, the 424 after the break just handed the midfield initiative to Everton.

How are you still doing this???

I pay handsomely for inside information.

Pickford was named MOM. What does that say?

He is the England goalkeeper.

In reality, he made one great save, got lucky with a few others, and watched helplessly as three crashed off the post.

The man of the match, by a mile, was Joe Gomez.

I don’t think we did a lot wrong today. It was Goodson park and those bastards always raise their game against us. We were unlucky with a lot of our attacking play.

I also don’t know why BT Sport was so keen to insist it was a marginal offside. The lines were miles apart.

Says a lot about the game that Bobby was probably our best player today.

Overall when I watch us Im still not seeing what we think we’re trying to do.

Fucking cunts, all of you. Messing up my post match thread.

Posting after almost a year, as covid has been really harsh for me having lost many loved ones. Been tough to start life again and only started watching a few games this season again…trying to put my heart back in our team again.

My only concern having watched few games this season is that Klopp needs to sort out Salah’s positioning soon. Having lost Mane which is basically a loss of 20-30 goals, we cannot afford to compensate our only remaining top goal scorer to integrate other players first. At this rate, we will also lose out on atleast 15-20 goals from Mo and that can really put us in danger of fighting for top 4.

My feeling is Klopp needs to play Mo right in the middle as he did during his first season here. Get him closer to the goal, the man can wreck havoc in the opposition box.
This is a man who is your golden boot winner over the past few seasons. The last person who should be sacrified during this transition is him. If Boss can’t play him in center, then atleast get him right narrow at the edge of the box. It’s criminal watching Mo sitting on the by line…the whole 90 minutes.

Our opinions won’t reach Klopp, but atleast some journalists in the next press conference needs to ask him about this…or Ljinders needs an ephiphany to request boss to get Mo his mojo back by shifting him more centrally.With all due respect, We don’t have de bruyne, foden,odergaard or mount who will make a goalscoring run in behind Mo while he is hugging the wings.

No point dwelling on the transfers now and ambition showed by owners … the window is closed. We need to use the deck we have…but use it effectively.

That short arms are valued?