70’ Thiago ALCANTARA on, Gini WIJNALDUM off

75’ Sadio MANE on, Roberto FIRMINO off

88’ Xherdan SHAQIRI on, Ozan KABAK off

@cynicaloldgit is not having the first word here.

Doesn’t matter about anything else but the three points…

Get the fuck in…

Can we finish the league now please?

Rocky in places but we’ll take that all day long. Roll on the real easy match

Trent deserved that. He was the only one to stand up in the second half against Madrid after a terrible first and he was the best player on the pitch by a mile today too.

Well done to the lad. Those who write him off can have a quiet weekend.

That was Gerradisque and Coutinhosque from Trent. Technic of Coutinho and power of StevieG 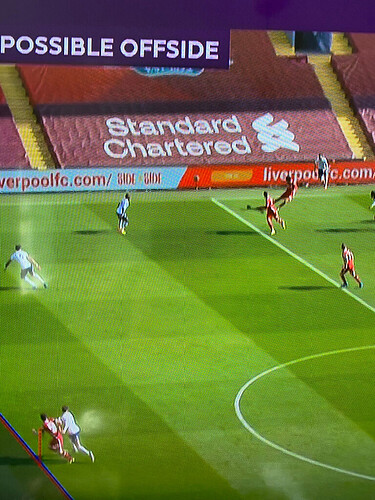 I’ll take any 3 points these days, 2 wins in a row in the PL…miracles

Last season we beat Villa in a scrappy game with a late goal.

Thats what we needed, grinding it out.

An absolutely agonising watch. Thank fuck Trent buried that at the end.

We were so shit though for most of that game. Still can’t pass the ball or stick it in the net when it matters.

More inexplicable substitutions by Klopp. Bobby was having his best game for a while and he gets hooked for Mané who just made us much worse.

Anyway a win’s a win , but that performance still leaves a bad taste.

Fuck me. A win at Anfield. Great comeback, which I doubted would happen at half time. Thought Firmino played well and the subs did nowt.

Klopp is a fucking genius, put Shaqiri on and have Trent go to the left wing!!!

Well it looks clear there , but when you see it replayed it certainly doesn’t.

TAA was very decent up till around 65 minutes.

Then petulance crept in and it got the better of him. He started to misplace passes, and doing stupid things giving the ball away, kicking out and the failed, thankfully, rugby style manoeuvre in our own box.

Then comes up with a beauty in with a perfect curling shot in injury time. Just what we needed.

VAR can fuck off.