I love the fact we won this 2-1 in the very last minutes compared to winning 2-1 all the way. We should be in the crisis mode all the way to the end of season now, where we have to maintain this mentality of digging out wins until the very last minute, like we did last 2 seasons. Back to 4th at least for now!

I’m delighted with the win just to stop the rot at home. I wanted 8-0 but I’ll take that.

We have to applaud the lads for that result. But bloody hell they’re making it hard to really enjoy these run-in games!

Glad with that positive sub with Shaq coming on for a defender. Was wanting that. Take chances and you reap the reward.

Just imagine the faces on Everton fans, as that shot rippled the back of the net. Priceless!

Fuck you VAR, fuck you Villa, fuck you Tierney, a fucking win at Anfield for the first time in four fucking months! Excuse my French.

Clawed our way back into the top 4. They need to keep going all the way to the end of the season.

Mo was playing positive the entire match. It’s just his strong run gets the rebound on the first goal. Nice reaction header. Two good PL matches in a row from him. If we keep defending well (maybe a debatable point in this match), him going on a scoring run should get us in UCL.

Wasn’t it @Draexnael who wanted Trent put in the forward line for this one? Maybe there’s something to it. 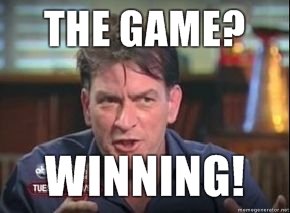 Another routine win at Anfield, Trent man of the match, Andy far from burnt out, Wijnaldum poor. At the final whistle the sense of relief was unreal. Onwards and upwards.

Robbo: 7 - Was a threat constantly, can’t remember much so might have been an 8 tbh.

Jota: 6 - Looked rusty, not his best, but dangerous.

Bobby: 7 - Played well, showed me miss him at times.

We have done our part. Now West Ham, Chelsea, Spurs and Everton have to do their, lose.

I bet Madley was desperate to find something, anything he could use to disallow that goal.

TAA with the winner how fitting with Southgate in the house

. I always feel we can pull this one through. We didn’t play bad at all, just lack that defining touch in Villa’s end. We are vulnerable at the back when we are being counter. Both CB did well however. I think Ali game have dipped a bit of late. The Villa goal would’ve been save if Ali was in form. It’s been a whirlwind of a season for him though, losing his father and injuries, can’t blame him if he’s not himself. Hopefully he can just hang in there for us until the end of the season.
Gini, Bobby, and really even Mane had been poor again. Gini didn’t really offer much in mid, and Bobby is still lacking something as he’s not sharp enough. Mane loss all his confidence, even when he was clear through in the last minute, he couldn’t put it in the net. The most worrying thing about Mane for me is that he isn’t able to beat defenders 1 v 1 anymore. That’s his bread and butter and if he can’t do that then it’s big trouble for us.
Anyhow gritty win from the boys, now let’s bring it for RM mid week.

TAA with the winner how fitting with Southgate in the house

You know Gareth is taking the credit, waistcoat prick.

Salah was the best player on te pitch 1st half, effort second to none how come he doesn’t get a 9 like Trent?

Thats what we needed, grinding it out.

If we keep doing that there is a slide chance we finish T4.

BTW, apologies to almost everyone for my outburst to that …, will not happen again, I’ll put the … on ignore.