45’ Roberto FIRMINO on, Sadio MANE off

59’ Thiago. ALCANTARA on, FABINHO off

78’ Divock ORIGI on, Roberto FIRMINO off

78’ Takumi MINAMINO on, Alex OXLADE-CHAMBERLAIN off

90+4’ Nathaniel PHILLIPS on, Trent ALEXANDER-ARNOLD off

Five changes for the Tricky Reds tonight, after the sub-par performance against a feisty Brighton side on Saturday, as Matip, Tsimikas, Fabinho, Ox and Jota came into the side. It was also good to see the return of Thiago to the bench, the Spanish maestro having been absent for six weeks.

The Reds started brightly, roared on by a vociferous home crowd, and took a deserved early lead after good play down the right from Salah and Henderson. Trent whipped in a first-time cross into the six yard box and Jota was on hand to nod the ball past Oblak. 1-0 to the good guys.

And it was soon two, as Mané shrugged off a series of limp Atletico challenges on the left and fed the ball infield. Once again, Trent provided pinpoint delivery and found Sadio, who had continued his run; the Senegalese forward calmly side-footed past Oblak from five yards. 2-0 after 21 minutes.

Of course, the Reds had raced into a 2-0 lead in the away fixture but were pegged back by half time, but there was little danger of a repeat performance here. Atletico had one half decent spell of possession but barely tested Alisson; if anything, the home side should have put the game to bed.

Mo scampered free and should have released Jota- the Portuguese striker would have been clean through on goal; Salah then curled one of his trademark shots in from the right of the box but Oblak parried clear; Ox dragged a couple of shots wide from the edge of the box and Jota headed a point-blank effort straight at the ‘keeper.

The visitors were reduced to ten men on 36 minutes, as Felipe chopped down Mané from behind and then decided to ignore the ref’s repeated requests to come to speak to him. UEFA confirmed at half time that it was a straight red for the severity of the foul itself, not for ignoring the ref as many had thought.

As the players trudged off for their halftime oranges, the Reds were completely in charge and should have been out of sight. Carrasco had looked the only threat for Atletico but our bearded Brazilian had barely been tested.

The second stanza started with a bang… or so we thought. Jota was played through by Matip and slipped the ball easily past Oblak. It looked as though Trippier was playing the Portuguese inside but VAR disagreed and the goal was ruled out. Mo then burst clear but shot straight at the goalie and De Paul did well to clear before Firmino, who had replaced Mané at half time, could tap in at the far post; from the resulting corner, Matip screwed his effort wide. Jota failed to connect with Tsimikas’ excellent cross and Liverpool we’re all over the visitors.

They almost rued their profligacy when Suarez’ effort deflected off Matip and wrong-footed Alisson but the goal was disallowed as Gimenez, who had headed the ball on to the Uruguayan, was fractionally offside. A very lively opening to the half!

Fabinho, who himself was returning from injury, was replaced by Thiago on the hour mark; Henderson had a blast inadvertently blocked by Mo and Virgil unleashed a rocket from 25 yards that swerved just over the bar.

Atletico decided to go into damage limitation mode for the rest of the game and it was pretty much cruise control for the home side. Firmino didn’t see out the half, limping off, grimacing, with fifteen minutes left and being replaced by Big Div and Ox, who had had a decent game, was replaced by Minamino.

The Japanese forward rifled the ball into the roof of the net with five minutes left but the whistle had already gone for a high boot from Jota on Trippier, and the Portuguese player was booked. The captain had another long range poke but this one flew straight at Oblak.

As we entered four minutes of stoppage time, Matip was harshly adjudged to have fouled Cunha and even more harshly booked. Trippier sent the resulting free kick into orbit. Trent was given a standing ovation as he was replaced by Nat Phillips in the final minute.

And that was pretty much that. The Reds qualify top of the group with two games to spare and this means that we can rest and rotate for the last two games, against Porto and AC Milan, and maybe give a run out to some of the fringe players. Did I just hear someone say “shop window”?

Next up is a trip to London to face West Ham on Sunday afternoon. The Hammers are the early surprise package this season, sitting in fourth place just two points behind the Reds; it’ll be interesting to see how strong their line-up is for the Europa League clash in Genk tomorrow night.

MOTM: Marcus Wareing. As some of you may have read elsewhere on the forums, I broke up with my long-time partner last week, so my sister and her husband treated me to a meal at the celebrated chef’s flagship restaurant at the Berkeley Hotel to cheer me up. And cheer me up it did! Fabulous food, gorgeous setting and impeccable service. Well worth a splurge if you’re ever in the area.

We committed homocide on the group of death.

Through to the round of 16 and top of the group! A lot was made about our group, but we are playing at a level way above these teams currently.

What a game. In control from start to finish. Could have scored 4-5 goals more. Mane, Trent both had excellent game. Tsimikas was brilliant, could have got an assist or two. Matip, Hendo and Fabinho at their usual best. Hope Bobby’s injury isn’t serious.

Having 5 subs changes so much for us, and for Klopp. He could use 4 subs and to good effect. Nice rest few key players got as well. Onwards and upwards!

Red card whilst lovely to see them shit house cunts get what’s coming to them wasn’t needed… we fucking smashed them.

25 games unbeaten. Won the toughest CL group with 2 games to spare. All the post-Brighton wailing and gnashing of teeth fades away.

These are the glory days. Be happy and get on board

Job Done, now we can rest players for the last two match. Dominated this game from start to finish. What a bunch of cheats on Ath. Madrid, all they do is foul and hack people down. The game was pretty much done even before they got the red card, but they went into a shell after it, and the game really slow down.
So impressed with our pressing game and the tenacity of the players, if we play like this week in week out we’ll be march for anybody.
I hope Ox didn’t get himself injured at the end as he was struggling a little. We’re already bare bone for Center midfield. Pretty happy with Oz performance tonight too.
On to the Hammers for the weekend, and let’s keep the winning going

Brilliant display from Liverpool. Very pleased. Hope no one is truly injured after this.

Also very fun that my dream where Brügge played one of their best games ever, seems to may have come true (I don’t actually know how they played, but the result is certainly awesome).

Edit: LOL !!! I realise now that I saw the result from the Youth Team 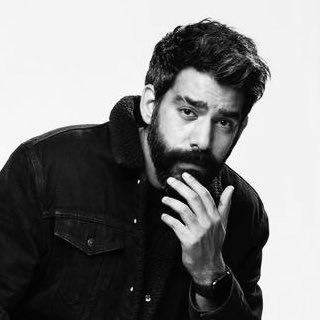 All the post-Brighton wailing and gnashing of teeth fades away.

Yeah, no players will be sold tonight

F U diego. You are just a latino tony pullis

That was almost perfect. Loved how we toyed with the fuckers.

If only the fucking injuries would let up.

Very glad to see the back of these wankers. MotM Trent.

Turns out that in the group of DEATH, we are the Grim Reaper.

Can we play you evey week?

Didn’t manage to see the whole match, just caught the last half hour. Working hard as a team, every man putting a shift in.

Delighted to have escaped the group so professionally. Can afford to rest and rotate in the final games if we want to.

We played athletico Madrid, who were fucking shithouses until their lad got a red for being a shithouse. Then they stopped being shithouses and were just sad. Along the way we got two goals. Everyone went home happy, even Madrid who were glad not to get battered. 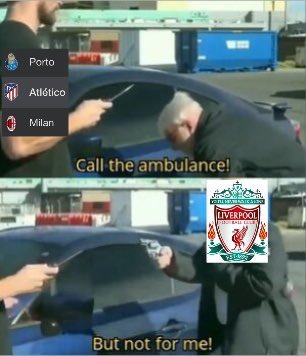 12 points from 12 in the group of death and athletico played twice is just beautiful. A bit tough for man of the match so I went both RB and LB and the captain. In the remaining ties we can play a second string and concentrate on the league. Onwards and upwards.

Excellent first half injuries are a bit of a worry hopefully short term, might keep Firmino buggering off to Brazil mind.

They can fuck off frankly. Klopp ignoring Simeone haha, so he doesn’t run down the tunnel early every single game.