61’ Sadio MANE on, Gini WIJNALDUM off

76’ Trent ALEXANDER-ARNOLD on, Neco WILLIAMS off

76’ FABINHO on, James MILNER off 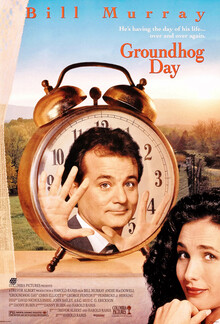 An incredible seven changes for the Tricky Reds this afternoon, with only Alisson, Robbo, Gini and Mo keeping their places from the midweek defeat by Chelsea. Fulham aren’t as good as their near neighbours, of course, but it seemed likely that Jürgen had one eye on the upcoming Champions League clash with Leipzig.

Nat and Rhys meant central defensive partnership number 8,096 of the season, while Jota started for the first time since 9th December in the league. Jürgen confirmed pre-match that Bobby and Ozan were missing through minor injury; the other changes were tactical.

A brisk start, with Mo going down under a challenge from Aina but nothing given and then Tete finding an unmarked Maja at the other end; fortunately, the Nigerian steered his first-time effort wide. Lookman sprung the Reds’ offside trap in the eleventh minute but shot wide after cutting in from the left flank.

Mo was played in by Shaqiri but a combination of Areola and Aina managed to snuff out the threat. Milner released Jota but his attempted lay-off fell short of Mo; on the half hour, Alisson had to be alert to deny Maja from poking home. Keïta then shot tamely straight at Areola and Milner fired over from Robertson’s cross shortly afterwards.

In the 35th minute, Lookman again escaped down the visitors’ left flank but Neco just managed to intervene in time; a couple of minutes later, Tete brought down Jota about 25 yards out but Shaq could only curl the resulting free kick onto the roof of the net. It was as close as the home side had come to scoring at this stage, which was disappointing.

And then, in the 44th minute, a Fulham free kick was headed clear by Robbo. Mo was caught in possession by Lenin’s and he drilled low past Alisson’s despairing dive. 1-0 to the visitors; not seen that scoreline much at Anfield lately.

As the players trudged off for their halftime oranges, Fulham fully deserved their lead. They had spurned several good chances before taking the lead and the hosts had barely tested Areola.

Three minutes into the second stanza, the Fulham keeper was tested. Neco got to the byline and his looping cross was smashed towards the top corner by Jota; Areola did well firstly to save it and then to beat Mo to the rebound.

Neco drilled over before Cavaleiro burst free on the hour mark; fortunately, he had no support and eventually fired wide. Gini, who had not had one of his better days, was replaced by Mané, who had scored out last goal from open play at Anfield, against West Brom way back in December.

In the 70th minute, Keïta played a lovely lofted pass into the area; Mané’s header came back off the angle of post and crossbar. Neco then found Shaq on the edge of the area but the Swiss forward could only curl his effort over.

Trent replaced Neco for the last fifteen minutes, with Milner making way for Fabinho at the same time. The England right back whipped in a dangerous cross five minutes after entering the fray, but Mané could only nod weakly at Areola.

Robertson had a late chance cleared by Andersen and, errr, that was that. Another abject performance by the home side; as someone (sorry- can’t remember who) said in the match thread, it looks as if all our eggs are in the Champions League basket now and we are aiming to avoid Europa League football at all costs.

Next up is the aforementioned “home” Champions League tie against Leipzig in Budapest on Wednesday evening. With two away goals already in the bag, it should be relatively straightforward for the Reds to secure passage through to the quarter final stage; the fact that European referees don’t have an agenda against our club also helps.

MOTM: Steven Gerrard. Congratulations to our former captain, who today sealed the Scottish Premiership title with Rangers. Let’s hope that it proves to be the first of many trophies for Stevie G; he’s still got a long way to go but hopefully he’ll be back at Anfield one day.

Another routine loss at home. Roll on Wednesday night…

the good… Fabinho back in midfield, and Keita in the 2nd half… the bad same as the last few months. not worth getting into

Awful. Not sure anything else needs to be said. This team is utterly broken. It’s pitiful to watch.

Embarrassing. We made changes fair enough needed to be done but to think our whole squad is now spineless is scary. I don’t know what needs to be done. Don’t think anything can be to be honest. We just need this season to be over and to try not lose any more points.

In the summer though. 5 players at a minimum need to be fucked off and more quality to our squad added. FSG need to invest in Jürgen, don’t care if it’s a pandemic. No problem throwing money at building new parts of Anfield.

Pathetic, outfought, outplayed, out thought. Klopp continues with his shit tactics, which continue to fail.

Must be piss to be an opposition manager. Set yourself to defend deep and do long balls in between the channels. We do fuck all to change.

It’s just embarrassing the lack of fight is just shameful. Not sure what’s worse Klopp pride and refusal to change tactics or the players bottling it week in week out.

Well its a nice sunny day i guess

Flabergasted at how inept we have become

No problem throwing money at building new parts of Anfield.

ARE is on hold, so it obviously is.

Some of our fans on the internet love to question the ones in the ground.

Think we have our definitive proof of how important they are.

Next season can’t come soon enough, this one is a write off.

Embarrassing, humiliating, upsetting, disgraceful and depressing! In all the years I’ve supported this club, I’ve never seen anything like this.

Have to buy at least 3-4 players of £40m-50m range, including a CB and a CF. Which means, FSG/John Henry has to lend money to Liverpool this summer.