72’ Divock ORIGI on, Diogo JOTA off

72’ Naby KEITA on, Thiago ALCANTARA off

82’ James MILNER on, Gini WIJNALDUM off

89’ Kostas TSIMIKAS on Andrew ROBERTSON off

89’ Alex OXLADE-CHAMBERLAIN on, Sadio MANE off

Five changes for the Tricky Reds tonight, with Trent and Kabak replacing the two Williamseseseseses in defence; this meant yet another new centre half pairing, this time of Nat and Ozan. Fabinho returned to his defensive midfield role, while Thiago returned instead of Keïta. Up front, Sadio started after being rested (initially, at least) for the Fulham defeat.

A mere three minutes into the match, Thiago was played through by Fabinho but inexplicably decided not to shoot. Instead, he tried to find Salah and the pass was intercepted. Olmo drew a sharp save from Alisson on the ten minute mark but the opening quarter was all Liverpool, with Mané and Salah getting in each other’s way; Gulacsi then made an excellent stop to thwart Jota’s header.

As we approached the half hour mark, Trent made a good run into the box but chose to tee up Salah instead of going for goal. Mo looked as surprised as anyone and hoofed it over. At the other end, Alisson saved easily from Kampl and then Forsberg shot wide, as Leipzig finally started to create a few chances.

Jota then tie-poked straight at the former Liverpool keeper under pressure from Upamecano, before the Portuguese forward missed the best chance of all right on the stroke of half time, firing into the side netting from close range.

As the players trudged off for their halftime oranges, it was the same old story from the Reds’ perspective: a tale of missed chance after missed chance. Leipzig had threatened a couple of times but the “home” side should definitely have put the tie to bed by now.

The second stanza started quietly but, ten minutes in, Jota shot straight at Gulacsi after good work by Sadio; the rebound fell to Mo but he blazed ignominiously over. The wasted chances were starting to look ridiculous now.

Sorloth headed Hwang’s cross against the bar in the 65th minute and then, five minutes later, the Reds finally took the lead their play had fully deserved. Jota set up Salah and Mo drilled in with his left foot. And, barely three minutes later, Mané poked home to double our lead after an excellent cross by Origi, who had replaced Jota immediately after the opening goal. Keïta also replaced Thiago between the two goals.

Milner replaced Wijnaldum; then Ox and the lesser-spotted Tsimikas came on for Sadio and Robbo for the last few minutes. There were no further goalscoring opportunities and the Refs were home and hosed. The quarter final draw will be interesting; not many teams will fancy facing the rejuvenated Reds in their European guise.

Next up is a whopping five days’ break before our trip to Molineux to face Wolves on Monday night. Nuno’s side are stuck in mid-table mediocrity, clear of the relegation zone but with little prospect of qualifying for European football; how we approach the game will be a real indicator of how Jürgen intends to treat the rest of the league season.

MOTM: Willi Opitz. The renowned Austrian winery has come up with some absolute gems lately and their Eselsbiss Eiswein is particularly glorious. Rich yet delicate, it’s a very good introduction for those who find most dessert wines too sticky.

Attempt to fuck up @cynicaloldgit

Great result, after the season we have had this result gives us something to look forward to. The next round has some big teams and this is when it gets exciting.

*Unless there is a massive shock

We wont have our first choice CBs back for April. But I am hoping this sparks some good form for Jota/Salah/Mane providing enough firepower to get through the next round.

We’re back. Phillips and Fabinho stand out.

Only one thing to say, what a difference a Fabinho in midfield makes!

I think Kabak was far better that Phillips.

Nice to get a win!

What a difference fabinho back in the middle makes. Great performance from and everyone but I gave man of match to Phillips. He was boss.

11 long days until we find out the path to the final.

Finally a win at home

It will be Dortmund or Porto. At least I hope it will be.

This is Anfield east 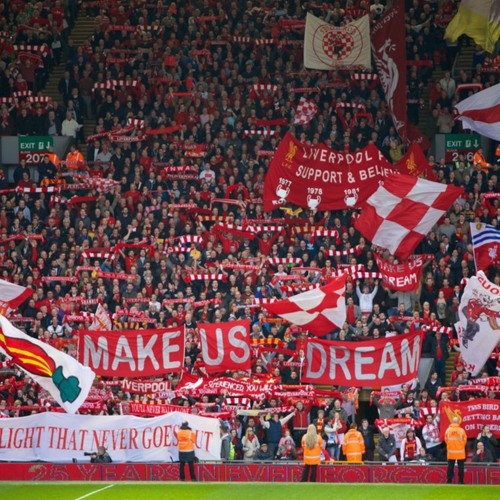 That is more like the real Liverpool. A lot of very good performances. CB`s did well and with Fab at DM we looked a much better balanced side.