79’ Bobby FIRMINO on, Diogo JOTA off.

87’ Alex OXLADE-CHAMBERLAIN on, Mohamed SALAH off.

Two changes for the Tricky Reds tonight, as Bobby was dropped and Fabinho moved back into his midfield protector role, meaning that Nat and Rhys Williams started as our central defensive partnership.

A lively start saw Sadio spurn a decent opportunity, beating Vestergaard but blazing over in the tenth minute. Eight minutes later, Salah opted to shoot from a tight angle when rolling the ball across to an unmarked Mané would probably have been more productive. Phillips planted a header just wide from Trent’s cross; the Reds were certainly in the ascendancy.

Jota shot straight at Forster after a tasty backheel from Sadio and the visiting keeper then denied Salah, who had been played in by Trent. Just as it looked like it was going to be another of those days, Salah crossed from the right and Sadio outjumped Walker-Peters at the far post; 1-0 to the good guys.

To suggest it had all been one way traffic would be slightly disingenuous, however, as Alisson had to save from both Adams and Redmond before we took the lead; indeed, Southampton had the ball in the net in stoppage time but Adams’ scrappy effort was ruled out for a foul by Bednarek.

As the players trudged off for their halftime oranges, it was an all-too-familiar situation at Anfield: the home side were ahead but not yet out of sight.

The second stanza started with Walker-Peters appearing to clear the ball using his arm; nothing given, for a change. Salah tried to tee up Trent but over hit the pass; Walker-Peters brought a promising run from Sadio to an abrupt end with a blatant foul but wasn’t booked.

Redmond, however, did receive the first yellow card of the match just after the hour mark for flailing at Fabinho, just before Trent stuck to his task to deny Tella a shooting opportunity. Alisson reacted with alacrity to prevent the substitute, Obafemi, from scoring with his first touch, while Fabinho did well to block a long-range effort from Walker-Peters.

Another Southampton substitute, Diallo, tried his luck from distance but our no-longer-bearded Brazilian tipped over; the home goalie then inexplicably played the ball straight to Adams, who was so surprised that his attempted shot was laughably poor. He really should have equalised.

The disappointing Jota was replaced by Firmino for the last eleven minutes, just as we entered squeaky bum time. Trent lifted a corner to the far post, where Sadio volleyed home with aplomb. 2-0? Nope- offside against the Senegalese forward.

Salah was replaced by Ox with three minutes left to play; as we entered stoppage time, Thiago steered the ball into the bottom right corner and it was three points in the bag. It was the Spanish midfielder’s first goal since joining from Bayern and was welcome for more than one reason.

Curtis Jones then replaced Mané deep into the four additional minutes; job done and back in the hunt for fourth place and qualification for next season’s Champions League.

Next up is the rescheduled visit to Old Trafford on Thursday evening; given our opponents’ extensive recent experience of playing on that particular day, the odds have to favour them.

MOTM: those good people at Häagen-Dazs. Their new Dark Chocolate and Salted Caramel Crunch Duo is the best mass-market ice cream I have ever tasted and, even better, it’s currently only three quid if you have a Tesco club card. Diet? What diet?

I tried to give Alisson the 3 votes but not allowed. Onwards and upwards.

Get in! Three points and two good goals, a clean sheet!

Alli my MoM for keeping us in the game on several occasions. Special mentions for Phillips for saving our necks a few times as well, and for Mané, who was the champion again, the one we’ve come to know over the years.

The goal sealed it, Thiago MotM.

On another positive note, that was Liverpool’s last game at Anfield WITHOUT fans. The return is going to be big! ✨ https://t.co/N4fwfJFKAk 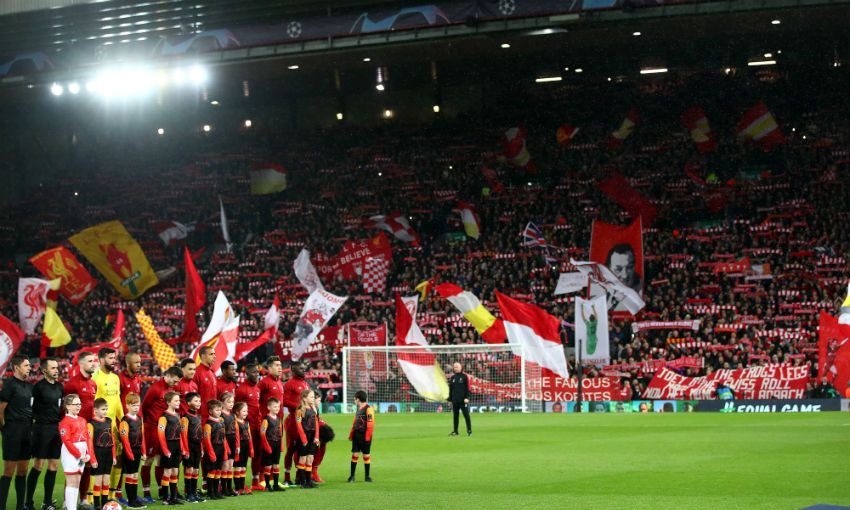 Why did our midfield capitulate around the 75 min mark. I almost had a heart attack!
That should have been so much easiler. Thankfully we have Alisson.

Good result and performance. Alisson the stand out performer. Trent, Mo, and Thiago all played very well too. Buzzing for Thiago’s goal - he’s been one of our better players this season and his work ethic has shone above most players; I know it can be bit frustating when Fab’s in at CB and Thiago has to play almost box to box, but he works his fucking socks off each game and produces some magic passes. Really looking forward to seeing what he can do next season when we hopefully have less injuries and a more settled backline and midfield.

More of the same to finish the season please

Why did our midfield capitulate around the 75 min mark. I almost had a heart attack!
That should have been so much easiler. Thankfully we have Alisson.

The changes came too late imo. Bobby for Jota and Ox for Salah brought a lot of energy in that midfield for the last minutes, but too late for my gusto. Luckily we didn’t pay for it.

Good win 3 points a clean sheet and a bit of joy for Thiago.

Alisson has the latest few games started to show more of the old and he knew what to do tonight so he was my motm, Fabinho and Thiago played well and the full backs were really good all over the park

I thought Phillips poor, way too forward at times in my view, especially over the half way line after 80 mins.

We are better with Fabinho in that middle. Hope Kabak is back for Man Utd but I will leave that for another day, I’ll enjoy my weekend.

Sorry. You’ll all have to vote MOTM again, cos one of the fucking mods got overexcited at actually winning a game of football and opened the thread before it was ready.

Ali to the rescue. We won and that’s all it matters, 3pts. It wasn’t a convincing win, at times we left the back line too expose to Southampton counter, but we managed to pull through. We had a few moments where if we used the ball better we could’ve out the game to bed sooner. I feel nowadays having an one goal lead is so nerve wracking for the fans and for the lads on the pitch. At this point, I don’t care how they win, just get the 3pts.
The front line was alright tonight, so happy for Mane to score. He played a lot better today, I hope he can use this performance to gain a little more confidence for future games. Mo was good but lack sharpness in a few clear cut chances. Jota was alright as well but I feel he’s a streaky player and right now he doesn’t have the mojo.
Midfield had a little bit of control for stretches of the game, but I didn’t like them not providing enough protection for Phillips and Williams at certain times.
Happy the Thiago score, I believe it’s his first goal for the club, hopefully this monkey off the back now and he can play more freely.
Big game against Utd next Thursday, if we can win out the remainder of the season we have a legit shot at sneaking top 4.

Rode our luck a little bit, and i was pretty much waiting for the 85th min sucker punch.

Win, clean sheet and keeping a little pressure on those top 4 will do me.

Another terrible game from us in all honesty. Rubbish spectacle, looking forward to the fans coming back.

Alison saved us tonight. We need to play better and manage the game better if we want to get all
remaining points. Happy for Thiago’s goal.