Steamroll them, get three points, without injuries, and keep rolling on.

Will be a much tougher match Arsenal are in the winning mood.

Arsenal are not too dissimilar to Brighton - entitled and punching above their weight!

Arses are the typical consistantly unconsistant team around. They can look really good for a few games, like they’re doing at the moment, followed by a 3 game run of stinkers.

We just need to continue as we are and be professional. Probably will see about two changes to keep things fresh. Hopefully Salah just needs an ice pack and nothing more.

Maybe Jota and Thiago to come in.

Noticed with Arsenal and expressed it before, they are winning the games you expect and not the ones you don’t. It’s more consistent than the rest of the 3-4 teams which are up and down.

I don’t think this Arsenal team is any harder than the ones we’ve faced this season it’s about our professionalism the pitch should be decent like it was today. Give Jota the start

Couldn’t give a shiny shite about Arsenal’s form. We’re miles better than them and should be brushing them aside with relative ease.

Couldn’t give a shiny shite about Arsenal’s form. We’re miles better than them and should be brushing them aside with relative ease.

A win would mean we are on course for a 90+ points season.

Who would’ve thought that after all the points we dropped last year.

@Flobs really made this a thing

Will be a much tougher match Arsenal are in the winning mood.

Already beat them once at their place this season, and we had a 17 year old on the wing that day.

Imagine the score when we have a team of adults.

Smash them and make city and pep piss their pants.

Arsenal’s league form has been very good but we do get an extra day’s recovery time which could be crucial.

Big question is whether Salah will be fit and who do we play in that position if he isn’t. My first thought is Minamino as a direct right-footed replacement. However, what about Mané? He can switch during games and it would leave us with Diaz on the left and Bobby or Jota in the middle.

Maybe we play this Mané 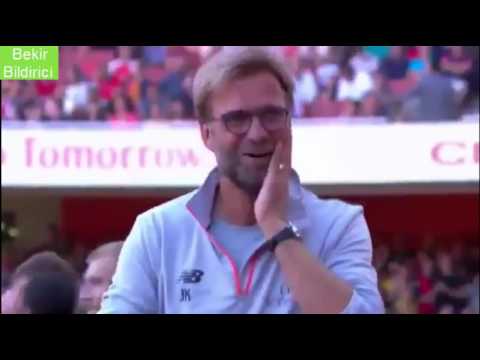 Three players only? Still, should be good enough to beat Arsenal.

If the lads have got their shooting boots on I reckon a comfortable win. It’s another cup final for us. Praying Palace do us a favour tomorrow.