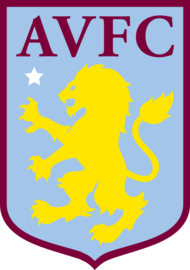 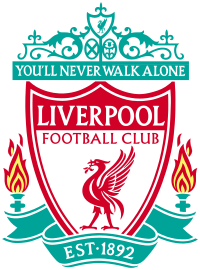 Ok, time for someone to open the pre-match thread.

First, I wrote that we should play the youngsters and ressies for this one, while sparing the main players for the league, but then it occurred to me that we have a nine-days break before that decisive game against the red mancs.

So, I don’t expect Klopp to make too many changes for this one. Our last game was on Monday, so that should be enough for the usual suspects to recover in time for this one.

I’d go with the same team which started against Southampton. That would give everyone the opportunity to grow together as a team, in their respective roles. The only player I’m not sure about is Ox. He had a bit of a stinker to be fair, especially in a 433 formation. But then again, it was his first start since a long time. Not sure that Shaq is ready to do better than him.

Then again, Minamino deserves maybe another start after having been frozen out of the team lately, despite playing so well in the Palace rout. That has been one of the puzzling decisions of Klopp lately, so maybe it’s time to give him a chance again?

Otherwise, don’t change anything. Let this team develop an understanding on the pitch before the game against the mancs.

If this doesn’t go well for us it’s

I predict a nine goal thriller.

If we keep them to 6 goals I think it’s job done personally.

I think a couple of changes will be made. Not necessarily to rest players but to try shake some out of their funk. I think Neco Williams will start ahead of Trent, his form has been so poor for a while now. Miller or Tmiskas to start in place of Robbo. Rhys and Fabinho starting cb pairing to build on previous games and in case needed for the utd match.

Hendo, Thiago and Shaq in midfield with Thiago getting about an hour to continue to build fitness. Gini can come on for Hendo if needed.

Mane, Mo and Mini to start up top for me.

If this doesn’t go well for us it’s 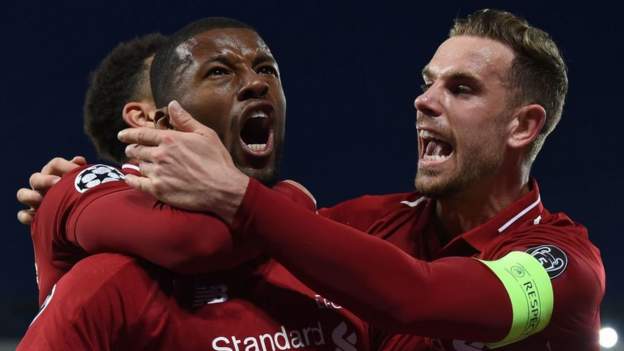 Liverpool produce one of the greatest Champions League comebacks by scoring four goals to beat Barcelona 4-3 on aggregate and reach the final.

I opened this one at the time on TIA…

Whilst at the start of the season I wanted us to have a good cup run I couldn’t give a shit really. We need to protect certain players and rest the rest.

I’d be dropping all the players under performing (be it fatique or not) and my message to the players getting their chance will be impress me you start v’s Utd. I’d be resting Fabinho, Robbo and Gini.

Bobby, Mane, Salah, Trent would all be watching from the sidelines with the message to short your shit out.

we have a nine-days break before that decisive game against the red mancs.

enough for the usual suspects to recover in time for this one.

Still, I would prefer if Klopp rests/rotates Fabinho, Robertson, Wijnaldum and Mane.

Coming on the back of two draws and a loss, if it’s not a must win, then I don’t know what is.

@Draexnael don’t think Tsimikas and Keita will be available.

You know, I was thinking…dangerous really! But I think that our recent malaise is down to the team worrying about losing the ball in open play. So instead of attacking all out we end up passing back or sideways to retain possession. It’s almost embarrassing to watch us slowly turn in attack and let the opposition off the hook. When we do attack it’s become totally predictable through a cross ball from a FB…
We need to stop relying on our front three to score… mix it up a bit and encourage Andy and TAA to have a crack themselves!.

The psychological effect of losing our establish CBs has made us terrified of any team counterattacking and just scoring at will. Maybe the last Villa game didn’t help but VVD was still around for that one so maybe it’s even more worrying than that.

I have said more than once on this platform that we are not pressing the way we did in previous seasons. I think that’s because we have had a drop in standards in one or two positions. We all know Bobby’s a bit lost at the moment and he was one the best at running up and down the field all day to retrieve a lost ball. We have also brought in players like Mini, Ox and Curtis. All three are quite poor at recovery ball. To be honest, I don’t think they are made to do it. That’s a bit of complacency in training really. Then you have Mo…where do you begin with his drop in quality?? He loses the ball almost every time and doesn’t chase back enough either but his biggest misdemeanour is his wayward passing and piss poor accuracy in front of goal.

Where does that leave us…well not in a great place really. Unless this can be turned around we are going to start dropping down the league standings. We could be in 6/7th place by the end of the month.

We have to get back to playing the way that scared the shit of any team we played. Speed in attack, accurate passing, everyone has a crack at scoring, If we lose the ball geggenpress them so much they can’t catch their breath. Oh and one more thing buy in some half decent CBs in this window before its too late.

I will go back to sleep now…

Ps apologies if this is slightly off the pre Villa game thread but I think it’s relevant to how we play generally.

I think the line up depends on whether we want to go for the win or are more interested in resting players or trying new things. With the 9day break I think we should be looking at going for it
Thought Hendo looked goo enough at CB but I watched the Palace game again last night and realised how important he is in MF. CB does not allow him to show his best traits.Can Millie play CB ? If not I am afraid it might be back to Rhys or Nat. Tough call. With Trent playing so badly I might be tempted to try Neco at RB with Robbo still at LB. The midfield 3 is tricky but Hendo must be in nd I suppose Gini as well. The third starting spot I would go with Curtis Jones, he has not had a really bad game yet .Probably replace him with Thiago for the last half hour. I am aware of all the comments about Bobby´s work off the ball but what he does on the ball is rather inconsistent. To many flicks and trying to be clever and he has not been tracking opponents down like he used to so I would probably start Minamino, at least you know he will run and compete but then Bobby might just bounce back. Tough call.
One thing for sure we need to be prepared to compete and play with pace from the first moment. To many sideways and back ward passes give the opposition to much time to get organised and implicate their own game plan. Time to stop faffing around and get back to winning.

I’d rather put them all out against Aston Villa. Expect Klopp to have given them all a piece of his mind.

Spanking Villa as return for the PL result, going into Man U, is needed.

I want us to make the FA Cup Final this year at least too. Been too long.

All this talk about fatigue is bullshit. These guys are highly paid professional sportsmen. Put out the best team available and let’s go for a another trophy that we haven’t won for a long time.

All this talk about fatigue is bullshit. These guys are highly paid professional sportsmen. Put out the best team available and let’s go for a another trophy that we haven’t won for a long time.

No. Not after playing only two games in twelve days.

No. Not after playing only two games in twelve days.

How about 25+ games in around 110 days. That’s not counting games on international duties which often included cross-continent travels.

I’d normally advocate fucking of the FA cup, but we’ll probably need to play a strong side for this.

Our first eleven is not exactly strong tho if we’re being honest.

We will crash out. Probably on penalties.