Three points, no injuries, all I ask. Oh and no whining please.

… and no WAGs in labour please.

Hoping we get a 12th man to slot the ball into the net!

Hoping we get a 12th man to slot the ball into the net!

I don’t think we’ll be that lucky again, need to Faes facts, we’ll need to win this with just our 11.

Not a chance, Attwell is the referee.

I heard Fab might be back for this. Why wouldn’t he be , she’s had the baby ?

I heard Fab might be back for this. Why wouldn’t he be , she’s had the baby ?

Go 442 and stop these cunts buzzing all over us.

Looks like Toney will be out, which can only be good news.

Any chance this is you Rupz? 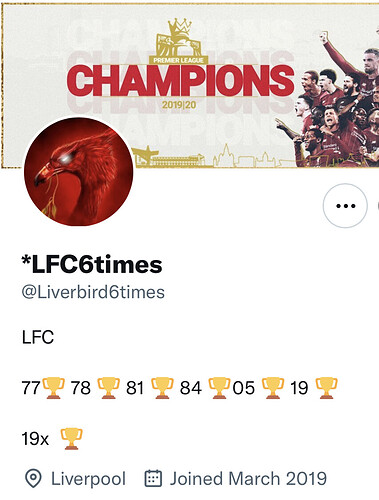 If he isn’t starting Gakpo or Firmino.

Start Konate and Tsimkas, hopefully Fabinho is back.

Think you’ll have to stick that one in the thread title!

I find it difficult to work out which Brentford are going to turn up. On their day they are more than capable of getting a result against anyone. It does sound like Toney is a major doubt for this one.

Hopefully the boss gets a couple of days with a stable squad for this. Fab should be back so that he can avoid nappy changing duties. I’m not sure what the deal is with Konaté. Has he just been resting post-WC or has he been recovering from whatever this virus was? I’m wondering if some of the squad have had similar.

You also factor in what Liverpool shows up.

You also factor in what Liverpool shows up.

I was assuming that’s a given.

Everyone take note that the whining in the last thread helped get us two own goals and 3 pts. Keep it up for another 3pts.

Ox will probably lose his starting position.
Darwin will miss a few more tap ins.
Mo will run into dead ends.
Our midfield will prevent the ball from getting to our forwards and at the same time will let the opposition stroll through unopposed.
If Robbo has a good game, Trent will have a shit game, and vice versa.
One of the cb’s will play someone onside a few times.
And Ali is Ali, phew.

Think you’ll have to stick that one in the thread title!

At this point I just do it as a matter of routine. I rarely come into the match thread during the match anymore.

Playing away for this 1, Gas.

I’m not sure what the deal is with Konaté.

I have no idea if he was in the match day squad vs LC, but VVD-Matip is usually the go-to partnership when Joël is fit. I’d imagine this would be a good opportunity to rest Matip for a game perhaps if Konate has recovered.