Three points, no injuries, all I ask. Oh and no whining please.

Team selection should be pretty easy apart from maybe one or two positions/structual changes in midfield/attack.

Alisson, Trent, Konate, Virgil and Robbo should be a clear back 5.

I’d have Hendo back from the start (even if it means possibly dropping Fabinho) with Thiago, obviously Salah, Firmino and probably Nunez.

Southampton have a new boss, Nathan Jones from Luton. I don’t really know anything about him other than what is in the bio but it sounds like he is a relegation-scraper. I wouldn’t be surprised to see a ten man defence. 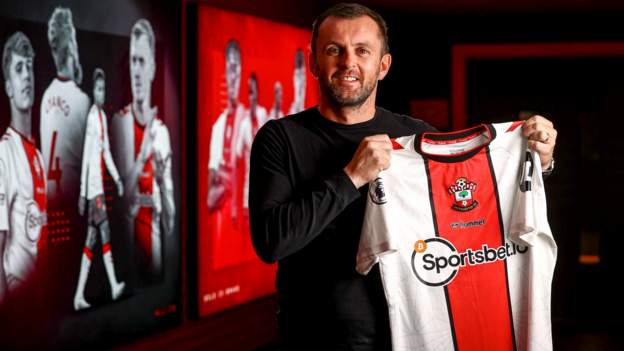 Southampton confirm the appointment of Nathan Jones as their new manager following the sacking of Ralph Hasenhuttl.

This is our last game until Boxing Day and all our big guns had a rest midweek. A win would take us (temporarily) up to sixth so it would be a nice way to go into the break.

Back in January, Keith Hackett said,
“Sadly I believe that he is not up to the standard required of a Premier League Referee. His mobility is below the standard expected of an elite referee and it means he becomes detached from play and then makes errors. I would remove him from the list.”

So probably one of the better ones then…

Please God don’t let this be another Forest/Leeds performance. I don’t think I could handle six weeks of looking back on it.

This could be a mad week results wise - there are a lot of players going to have one eye on the World Cup.

Surely some whining is preferable to no winning?

Is he the same one the Supremes and Bananarama sang about?

Knew I’d heard the name before.

The new manager bounce is always a worry, but Saints are in disarray. Ralf was doing a decent job there, but with little by way of a transfer kitty, and injuries to his main players, it’s no surpise they are where they are in the league. We should be getting a comfortable victory here this weekend.

Feeling so much more confident now that Ibou is fit again…he seems to have hit the ground running. Robbo has looked very good the last few weeks - likely seeing the benefit of having Kostas take some of the load off him.

As others have said, the team should be straight forward, with the only questions being in midfield - it will be three of Hendo, Fab, Thaigo and Elliot I suspect.

Wouldn’t look too much into the fact that they will have a new manager.

This is not Football Manager.

I know Brighton changed their man when we drew them at home, but they are a good side these days regardless who is at the helm.

We should beat these.

In his 4 years in the PL he has refeered not one of our games, which is odd considering last week Maddely had a similar record having only done two.

Not sure why all of a sudden we are getting refs we’ve never had.

Anyhow same team to Spurs game for me, possibly Hendo for Fabinho.

Wonder what Soton is sending to the World Cup we will likely play 5/6 who are going though Hendo will put in a shift regardless and Konate has plenty ahead of him so I doubt he would take it easy.

Perhaps because we are not a T4 team at the moment …

Hmm fair point, though we weren’t in the Covid season for most of it. (Well second half anyhow).

I’d go with Fab and Firmino instead of Hendo and Jones. The other one to possibly to try out/have a go at is Ramsay instead of Trent. I’d definitely want to look at Ramsey to come on for the last half hour if Trent starts (or vice versa).

Too early for Ramsay.

If he had a few more weeks and league minutes in his legs, maybe we could have a conversation.

That one (Ramsay potentially threatening Trent for some games) is to be have potentially in next months.

Now it’s imperative to put our best side on the pitch, yes albeit with some players not in great form, but just get the win and continue grabbing towards top 4 when we restart.

No room for looking if player A can replace player B.

We should be getting a comfortable victory here this weekend.