Returning home after 4 away games against Brighton who still sit on 5th but haven’t been as impressive recently.

BH&A are one of the few remaining likeable PL clubs imo but we have to beat them at the weekend.

Many of our players should be well rested and I am expecting one of Curtis / Ox and one of Fabinho / Naby to start alongside Henderson.

And returning home after three games away, it’s @GermanRed !

Looks like Brighton have a fresh injury with Dan Burn out. Something with his knee, still unknown how long he’s out for.

As for us, we’ll see if it’s Matip or Konate. Slight assumption it will be Konate and then for Atletico we see again. I certainly don’t think it’s as straightforward as that now to just move Matip to the bench and boom Konate is now 2nd choice. There were parts of Konate’s United performance that weren’t great. Brighton are a team that loves defenders being attracted to everything.

I’d keep Jota in the team instead of Mane, we could go with the same XI apart from Naby, who I think won’t make it for this one.

*If Keita is not fit then Williams on the bench.

Agree with @Zoran that Ibou is far from being our 2nd choice now.

Ibou and Joe need games now for the later stages of the season.

Even with a few injuries we have genuine choices to make in all three departments. At the back I would play Gomez alongside Van Dijk, mostly to get Joe up to speed too. While the players get up to speed, Virg needs to be the constant. I suspect Konate and Virg will end up being the main partnership, but before we get to that, Joe needs to see some action too. I have a slight fear that one or two vultures might start circling if Joe doesn’t see enough action.

Midfield, glad Naby isn’t too bad, but I still think he will miss this due to being sore. Hendo, Fab and Jones has a bit of everything too.

Up front Mo is on fire, Bobby on form, and Sadio has started the season quite well too, and after a little rest I’d put him back in. Another reason might be Atletico coming up, when I might be tempted to rotate Jota in for Mane, since they seem to target Mane and the refs don’t give anything.

Wait to see what Klopp has to say tomorrow though we get some photos of training later.

And it looks like his hair is back too. 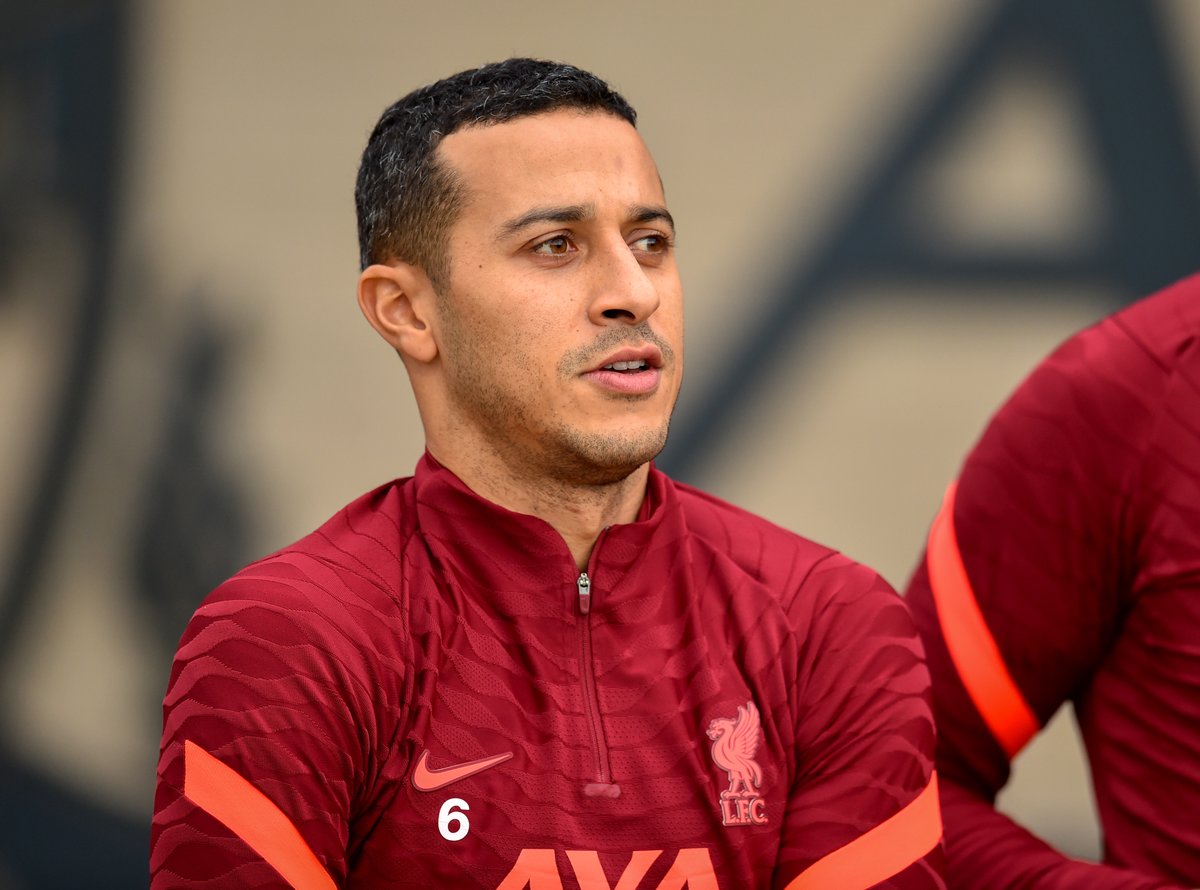 Will be interesting to see for sure, if Brighton slightly alter a few details in their build up after their City loss and our United win.

They had City, went with an open approach and it was game over in about half an hour. City had too much spaces and with their aggression and quality, it was almost suicidal. In some one off games, Brighton can succeed sometimes with this approach. But against top sides, they will mainly be the victim of their own style.

Still, against a side like that, it can get complicated if you get carried away. We had some tight wins against them. I think we’ll do the job in normal fashion, no surprises this Saturday.

Lets hope Thiago does a bit of a Samson and grows that hair like a rockstar.

Great news with Naby and Thiago. If I’m not mistaken that means (apart from Elliott) Jurgen now has a full strength squad to conjure with. Hopefully it remains that way after the next international break so we can build up a head of steam going into December. Things are beginning to look very promising indeed.

Expecting nothing less than a straightforward win against the Seagulls. Hopefully we see a midfield of Hendo , Fab and Naby.

Milner still out, but otherwise I think you’re correct?

Yeah , forgot about Milly. He should be back after the break.

Is Fabinho also back?

Think Ljinders said he was ready for Saturday but wouldn’t be risked for the league cup game so I assumed so.

I don’t know how Brighton has played this season, but a home game against a (perceived) weak team suggests the repeat of low-block. Their attackers will try to physically harass our CB.

We’ll hear more from Klopp tomorrow on all those details.

It may be that Thiago is only doing parts of training, etc.

Same lineup as last Sunday, only Mané comes in for Jota.

Important to win the next two because we have the last international of this year after that.

Can not see Chelsea drop points.

Just don’t take them for granted they are a good team, I think Konate will partner Virgil again and the same 11 that @GermanRed has posted in thread opener.