So, the Yellow Submarine in the Champions League Semi Finals it is. Can’t have been too many people predicting that at the beginning of the season or too many when they were drawn against Juventus and then against Bayern Munich. Basically, no fucking way we should be taking these for granted and they have an extremely savvy manager in European competitions even if the Arse couldn’t appreciate his command of the English language in general and his managerial skills in particular.

Strong team, Thiago and Diaz to start in particular and get a good lead going into the second leg. On we go chaps, have at it. 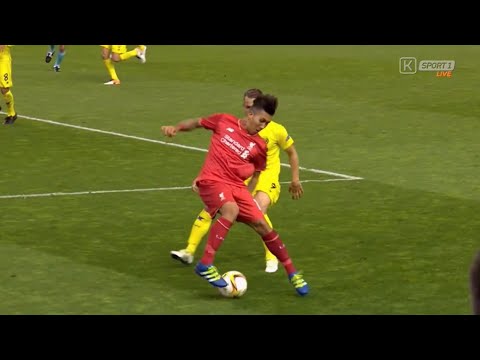 The obvious team is:

Naby only played 60 minutes. Could he start and bring on Thiago later?
Could Robbo be given a breather and start Tsimikas?

Is this going to be another Atletico type of thing?

Yes they will be disciplined and resolute in their defending, and a threat on the counter.
As yesterday required patience so will this.
Emery as stated in the OP was a better manager than Arsenal knew. His record in European competition is obviously impressive.

I cannot see much room for rotation.
Konate and Hendo to start instead of Joel and Naby.
I think Diaz from the start with Salah snd Mane.

I would just like to be the first to say that I hope it isn’t a particularly good ebening for Count Chocula.

So I take it Alisson, VVD, Fabinho, Salah will have no chance of a breather until end of the season…

Yep prepair yourself that they can be even worse as Everton. diving, rolling, time waisting, storming the ref, in short welcome to Spanish football.

The ref is Szymon Marciniak from Poland the was the referee against AC Milan last year an this year away to Inter.

Not going to be an easy game, can’t see many goals in this.

So what’s going to happen is it’ll be boring, tight, and frustrating, then we’ll bring Origi on.

Any team reaching this stage of the competition should be taken very seriously.

…but they’re seventh in their domestic league and we are an excellent team. So close to another European final, we absolutely should be one of the teams to make it there and it would be a huge upset if we don’t.

Yep prepair yourself that they can be even worse as Everton. diving, rolling, time waisting, storming the ref, in short welcome to Spanish football.

The ref is Szymon Marciniak from Poland the was the referee against AC Milan last year an this year away to Inter.

Spanish teams have been a massive pain in the arse for us over the last decade. Real twice, Atletico in 2020 and Sevilla 3 times. Most of it has been down to their shit-housery and dodgy refereeing.
Marciniak reffed us away to PSG in 2018 and Atletico in 2020 when he basically bought everything they were selling. I think he’s a ‘homer’ more than anything so that may work in our favour but won’t be banking on it.
I think we’ll have too much for them in both games.

Spanish teams have pissed all over the world of football on all levels since the end of 00’s.

That peak is over, but they’re obviously still not dead and have quality.

I doubt it will be worse than Everton, they weren’t that bad against Bayern and it will be the same.

After all to get to this stage they have some quality will be two banks of four but Bayern spent the entire game crossing the ball in as good as Villarreal where Bayern were garbage. Diaz has to play.

This. I can understand everyone’s trepidation, but we really should be knocking the shit out of teams like this with ease. They’re not on our level or anywhere close. Juventus are shite and Bayern were incredibly naive in their tie, just as they had been against Salzburg in the first leg.

I’ll be fucking fuming with anything less than a 3-0 here, and you should be too, ffs.