Again, no pre-match thread so biting the bullet for a consecutive go. Another failure to gain three points, and I’ll call it a day.

We go last this time, having gone first last game week. We failed to take the 5 point gap available, but the other results didn’t go against us too much.

We know that Matip is out. We know that Thiago has been involved in training, but still not done full sessions (maybe one today?) so unlikely we can rely on him.

Don’t expect Klopp to make too many changes for this one. I’m expecting something like;

I’ve added Ox over Curtis. He was at fault for the corner leading to the equaliser. Needs to stay more switched on. Ox provides a bit more directness with his style of play. Wouldn’t surprise me at all to see one of the front three rested and Taki to start. I have no preference on who would miss out up top, but ideally all three go again, and come off early with the job done. Expecting no other changes really.

Not overly worried about Newcastle as an attacking threat. More worried about us killing the game off when we will have 65%+ possession.

Match on Amazon Prime on this occasion.

Again, no pre-match thread so biting the bullet for a consecutive go.

Boooooo! Get off the stage!!!

Should be able to control the midfield with that formation, the Ox is everywhere!

Newcastle are really poor.
0-3 to the reds.
Don’t see Thiago playing…again…but I do expect changes for this.

Phillips for the physicality and to head the set pieces away. Newcastle are fairly crap but have a habit of scoring from nothing.

I’d play Taki ahead of Ox in midfield because of match fitness.

This isn’t going to happen, is it…

Are we on the ‘rip off’ amazon show tomorrow.?

Yep I would bring Ox too.

I agree with the notion to go at them. Leeds went at WBA and wiped the floor with them today. In our game against WBA we were pedestrian, and largely played the game in front of 9-10 Baggies without moving them around or getting behind them.

Go at Newcastle, build a decent lead, think about rest for a couple at that point.

Cheers…earphones and LFCTV and TAN.

Only changes I’d make would be Phillips for Matip and Shaqiri for Jones. Pretty obvious Bruce will park the bus so Shaq could give us the creativity so sorely missing against West Brom.
I think a manager of Bruce’s tactical genius will also have noted Williams would struggle to outpace his own grandmother so he’ll probably look to punt balls over the top and behind our back line. Surely Phillips has more pace? If not we could struggle.
Key to this will be moving the ball quicker than we did the other night, if we pass it around in front of their bus like we did on Sunday I can see us dropping points again. Move them around and drag them out of shape.
This is the last game before we can strengthen the defence so let’s just fucking win it.

Varchester United 2 points behind us at the moment.
Klopp needs to give notice to other teams and our players that we are here to win The Title again.

Anything less than a resounding victory cannot be tolerated.

Can see a few folks have had their confidence knocked… so I’ll give it a boost. Newcastle are a disorganised and defensively frail team. Our front three should be able to drag them about and create a few chances, much like we did Palace.

Prefer to remain pessimistic for every match until we have won. Every team is going to park the bus against us (well, except Leeds and Man City), and we got to break them down whilst remaining tight at the back.

Callum Wilson is a real threat against us here. He is quick, strong and will surely target Phillips or Williams. Newcastle are also a threat at set pieces, so we have to be switched on at all times.

Unleash the Netherlands version of Wijnaldum please, and Minamino to grab an early goal for us. 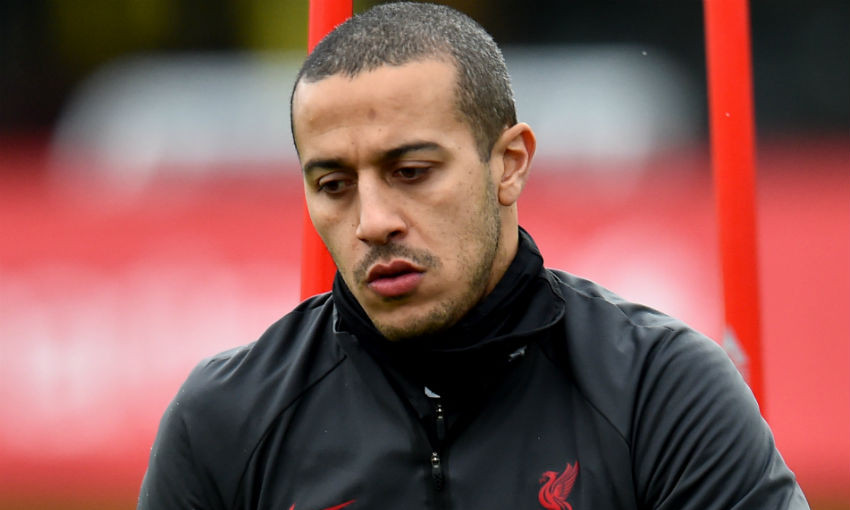 Jürgen Klopp is keen to see Thiago Alcantara back in action but cautioned that the Liverpool midfielder is unlikely to feature against Newcastle United.