More concerned about starting this one than the thread for the Spurs game tbh. Especially because of our injuries but also Hammers are probably the in-form team in England since the start of December and also won the last 6 games in all competitions.

What gives me hope is the fact that the two games they lost in the two months came against ‘big’ teams ManU and Chelsea.

Jon ‚movement range of a beermat’ Moss is referee.

Hoping Fabinho will be ready but would be better to not risk him if he is not at 100%.

Milner needs a rest. Have the feeling Ox will get a start but Jones and Shaq probably deserve it more.

How long has it been since WHU were a trickier proposition than Spurs??

This won’t be easy but hoping the teams confidence after the Spurs win will get us the 3 points.

Oxlade hasn’t done anything to deserve to start. Shaqiri or Jones for me ahead of him.

Oxlade hasn’t done anything to deserve to start. Shaqiri or Jones for me ahead of him.

Agree with this. Also, going by Klopp’s usual behaviour regarding rotation, he’d have introduced Ox towards the end of the Tottenham game if he planned to start him for this game. Instead of him, he introduced Jones. So, I’d bet on the latter to start this time.

Fabinho is out for this game Klopp confirmed.

Good point, I’d like to keep the team from last night for this as much as possible. Need to ride that wave of confidence which they should all have. Injuries/fitness aside!

We would be better off with Laurel and Hardy.

The conundrum that is Ox… Will we ever see the same player again I wonder.
If we play him he is a virtual passenger… and puts the boys under added pressure…
If we don’t play him he never gets his rhythm or match sharpness back…
To me, he needs leaving on the side lines until we are well out of this recent slump and thensee how the season pans out…
As sad and ruthless as it sounds… There is only so many times he can dine out on the Man City performances he put in for us.
The future is Jones

Are you this guy? 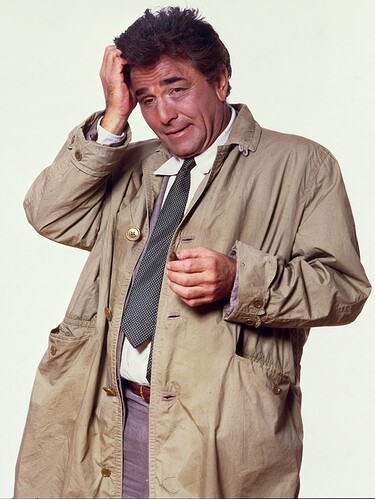 Blow for Liverpool as defender confirmed to be out for West Ham clash -...

Liverpool manager Jurgen Klopp has confirmed that Fabinho will miss the club’s clash with West Ham on Sunday in the Premier League. Fabinho sat out Liverpool’s 3-1 win over Tottenham on Thursday night and will also be absent against the Hammers as he...

Jürgen and his team will know the personnel, formation and tactics to see us through this one.

If Fab is still out, then N Phillips has to play. Soucek’s heading ability needs to be neutralized. Expect set peices, corners, and late runs into the box for headers. Gollum has found his new precious, with Fellaini just a memory.

Gollum will have them sitting deep and just keep shape, not trying to be active. He’ll not make the Jose mistake, and will cover the centre midfield area, keeping narrow and pushing us out wide. They’ll love it if we go back to the 30 aimless crosses.

They’ll also look to counter quickly with Antonio and the likes of Bowen, with their wingbacks like Coufal offering width.

So to sum up, Gollum will look to frustrate us (so we need to be patient), be a threat at set pieces, and spring counters. Lower table teams have done well against us, but this West Ham team have more quality than them to do their gameplan. Patience will be key.

Without VVD, Gomez, Matip and Fabinho; we will concede, most likely. So let’s put players in their best/optimum positions:

With having -1 healthy CBs (all 3 senior CB out with long-term injury, though jury’s apparently now out on how long Matip’s ankle will sideline him, and our current best “CB” Fabinho also out), my realistic goal for the remainder of the season is a top 4 finish. Yes, we smashed Spurs yesterday, but were an armpit away from going down 1-0, and the excellent 2nd half performance came w/ Kane’s own swelling ankles on the bench. That said, being more hopeful of an actual title challenge, this is another “must win” game. Win these next two, and then the 6 pointer against City in 2 weeks, and we’re truly in the title hunt. Drop points in either of these next 2 games plus the City game, and I think we’re in for a top 4 nail biter the remainder of the season.

Best CB pairing for the moment has to be Hendo and Nat. I favor Nat over Rhys for now mainly because he seems to keep a little cooler head, and seems less likely to make a bad mistake.

In midfield, I doubt Milner will be able to give another 90 min so soon, so expect we’ll start Jones there, or less likely Shaq.

Rest of the team really picks itself, barring any last minute injuries.

Nat and Hendo CB for me. Curtis Gini and Thiago MF.

whu have benefited from not having their wanker fans in the stadium,3-0 to us.

Phillips seems the better option at centre back for the PL, he is a bit more mature than Williams, more experienced, seems to be in the right place at the right time a lot, and is strong in the air.

Let’s hope our midfield and forwards can control games like last night and help keep pressure off the defence.

We need to watch Milner doesn’t get injured by overuse, though he comes into his own in tough runs due to his consistency and experience when the chips are down and is hard to leave out. Love the guy, such a model pro and winner.

Not sure who I’d pick in midfield if we rest Milner, that midfield last night really was more like it.

Ideally we’d be using three from Hendo, Gini, Milner and Thiago. Hendo is obviously needed for defence, hopefully Keita can come back soon and be a 4th rotation option of a not dissimilar level to the other three.