Time to complete the trophy collection for the Klopp era.

Hopefully Naby will be ok

don’t look like Fabinho will be involved, Andy will be well rested, Diaz Mo and Sadio will terrorise the chavs defence.

Looked a very odd reaction by everyone involved, Klopp was doing that anguish smile which seemed to suggest it wasn’t as serious as he thought, Fabinho looked like he was willing to continue at one point but if he isn’t serious it’s probably an accidental change that helped us.

Sorry. Klopp just said he felt something and he doesn’t know how bad it is.

Feel like we’ve been blessed with injuries for a while. We’ve probably been due one. Was hoping to get through to the end.

The commentator says the Villa player got the ball, but wasn’t sure which one

We played Chelsea 3 times this season, 2 draws and one win after penalties.

Hopefully he stays silent like the game against Man City.

‘It was a massive performance’

Liverpool manager Jurgen Klopp speaking to BBC Sport: "I don’t think it is possible to win easy. They are a high-quality side. All the things they did put us under pressure.

"We have our situation and if you want to win an away game you have to open up spaces. They did really well and we needed time to get in the game and before we got in the game it was 1-1.

“I could not be more proud. It was a massive performance in the middle of May.”

On Fabinho: "I think he will [be OK, for the FA Cup final] but I do not know. We have to have a further assessment."

On Sadio Mane’s winning goal: "The whole situation was class. It was top class. Luis crossing in a moment when nobody expected it apart from Sadio.

“We did not have time to train and work on it and I am happy in this moment he pretended to shoot and crossed. It is difficult for the goalie and all of a sudden he puts his head there and it is nice and soft but it was a goal.”

Chelsea’s form has been wank for most of this calendar year. They look as tired as we do, but we should have far too much for them.

I’ll take a casual 2-0 and enjoy watching Hendo do his shuffle while I have a dram of the Laphroaig select.

On Fabinho: “I think he will [be OK, for the FA Cup final] but I do not know. We have to have a further assessment.”

Wow…looked a hamstring strain to me.

Time to complete the trophy collection for the Klopp era.

That’s probably it, only options would be Konate, and dependant on Keita’s fitness. 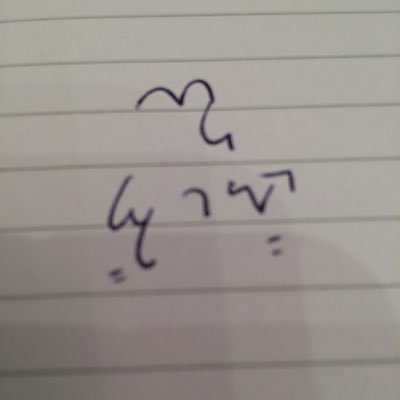 @_pauljoyce
Jurgen Klopp says Fabinho is "quite positive but I am not sure what I can make of that."

Another quote from Joyce, I think he might be ok for the CL based on that maybe Wolves. Maybe even better if it is a pull I think Wolves would be the earliest.

Wasn’t too focused on the FA Cup earlier but with the league likely to be over before we play again (2 typical cheaty rollover wins would mean having to go out with the intention to batter Southampton which we just aren’t really setup to do) this match is suddenly super important. The trophy obviously we haven’t won since the Gerrard final and this team deserve to collect more silverware and it’s also somewhat of a dress rehearsal for real, albeit Werner isn’t exactly a Benzema…

Not sure about starting Mo - he’s really not looking great but with this game possibly going to extra time he’d be a huge help off the bench after 60mins. Also like to see Divock as a bench option if we need to throw the kitchen sink at them late on so not sure where that leaves Bobby and Jota: perhaps Bobby is fit to start and Jota sits it out, otherwise Jota needs to step up and play 60 until Mo comes on.

In midfield don’t think Fab will be there so it has to be Hendo, Thiago and hopefully Naby. Millie will be important off the bench (hopefully not before 70mins) and wonder if Klopp thinks Elliot is ready to be a late sub option if we need to change things.

I doubt Fabinho starts, even if this is a minor injury. I think at best he is on the bench.
Back four is the usual three and Matip or Konate. We are comfortable with either. Matip was excellent last night so he might play.
Midfield is Hendo at 6, Thiago and probably Naby. If Naby starts I am sticking a few quid on him for first goal…
Salah, Mane and Diaz up front. I think Diaz and Mane are the current form players, and from the other four Mo starts for me anyway.

We have not beaten Chelsea over 90 minutes in 3 attempts this season.
Saturday would be a good time to address this. Same first half performance as the semi final will be enough.

I think the plan was always to have Matip start two when Konate started two. Matip and Konate you could probably state are the better two at the moment only because of VVD energy levels.

I could see it happening at Soton if things remain as they are.

I think that looks about our best XI at the moment. We have 5 subs so if anyone is flagging there are options to change. Thinking back to 2001 when we played every game there was some seat-of-the-pants stuff but once it got to the actual finals (and we just scraped 4th in the League that season) there did seem to be an extra burst of energy and self-belief.

I’m just hoping that we can win this in the 90 minutes.