Celtic players and fans celebrating a late winner at Aberdeen like it was Champions League final. Stadium about a quarter full.

It must be so boring being a Celtic fan. Can’t buy a win in Europe yet pretty much nailed on to win the Scottish Pub League every season. The standard is truly dire.

Manager now doing a Klopp in front of the fans

…like it was Champions League final. Stadium about a quarter full.

Why are you talking about Citeh in the Scottish Football thread?

Celtic players and fans celebrating a late winner at Aberdeen like it was Champions League final. Stadium about a quarter full.

Whenever Rangers or Celtic play away they always seem to have more fans than the home team which is bizarre to me.

Was a nice hit by Mcgregror tbf in what was a totally one sided game and the win which more or less guarentees the league.

More to do with a team defending for 90 minutes against a team trying to keep the gap at 9 points not to give rangers any false hope.

hope it isnt too serious and you have a speedy return

What a win for Darvel!

The sixth-tier side have taken a Premiership scalp - and they thoroughly deserve it.

Was a great game.
Fantastic performance from Darvel.
Proper football match, tough fair tackles, and not a fucking sissy in sight

Probably shouldv’e been 19 mins into the 1st half…when they were already 2 down. 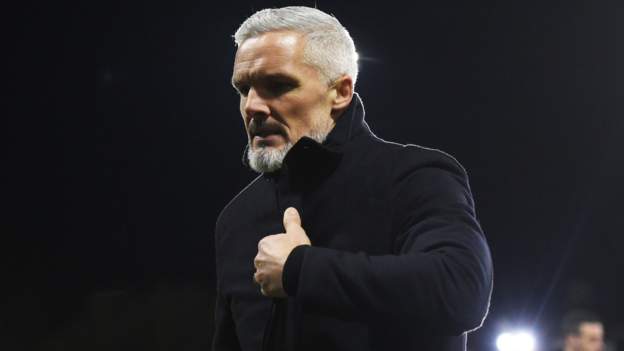