Figured i’d squeeze the two together as they’re often linked.

Looking forward to Israel Adesanya vs Paulo Costa at ufc 253,really like Adesanya and the way he fights but this will be a war.

Really looking forward to that one. Adesanya is the more technical and quicker striker but Costa has an iron chin and loads of power. Adesanya was hurt against Gastelum, he can’t afford to be caught like that against Costa.

Should be better than the Izzy/Romero fight, Costa won’t look to counter strike but he’ll be very aggressive. If it goes 5 rounds then both fighters will look an absolute mess at the end.

A few shite cards coming up before that, added to last weeks poor one. It’s a boring little period before UFC 253.

I’m really looking forward to Ortega vs The Korean Zombie a few weeks after 253. That will be an absolute banger, and hopefully Ortega can get back on winning ways and build towards another title shot.

It’s disappointing to see Poirier is out of the 254 card against Ferguson, that would have been another incredible fight. That still looks like a belting event though.

Last Stylebender is the best standup striker of the both more elusive too,expect close fight, Adesanya is my pick.

A few shite cards coming up before that, added to last weeks poor one. It’s a boring little period before UFC 253.

It wasn’t the greatest of cards last week but one of the stand out performers on the night for me had to be Michel Pereira.

I’m not really into UFC where i know who’s who or who’s coming through,i grew up and loved the original format upto about UFC 10 (had them all on video then dvd),where it was a free for all,no weight class with all the fights on the same day to get to the final,that was mental.lol

Anyway,i kept tabs on British fighters to an extent but thats about my knowledge of it up untill the last year or so.I’d never seen or heard of Michel Pereira but he deffo caught my eye,he was such an elusive fighter on the night (not sure if he’s always like that),flying off the cage,high flying knee’s,trying out capoeira spin kicks,then teasing Imadaev by kissing the palm of his hand that he was going to hit him with,then bitch slapping him with it,i thought that was class,i was pissing myself laughing.

Perieira is always like that, he actually subdued himself slightly on the night compared to previous fights. He might be able to do that against Imadaev (who has lost his only other 2 UFC fights) but he looks like a fool against better opposition. Personally I’m not into the showboating and was hoping he’d get sparked out

Brett Johns is a good Welsh fighter to follow if you’re interested. 17-2 and his two losses came to top opposition.

Yeah,i could imagine a different all round fighter getting hold of Pereira and sparking him/choking him out with his style,especially winding them up like that,you could tell Imadaev was more of a boxing background and didn’t really want to move away from that,which Pereira took advantage of.

I’m sure i seen that Brett Johns not so long back,i think he was one of the first fights on a card within the last couple of months,it was deffo during lockdown sometime,i think he went the distance and won it on the judges cards. 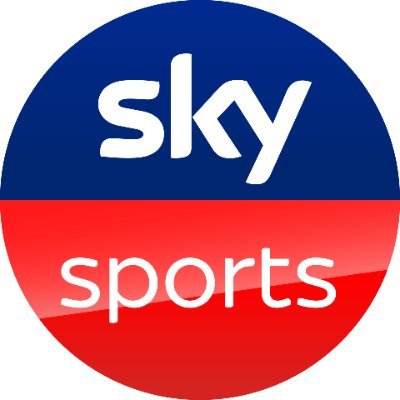 😬 It was a night that Peter Stanonik won’t forgot for a long time! This accidental low-blow from Raymond Daniels saw their Bellator fight end in a no-contest. Click to read the Bellator 245 report… 👇

Anthony Yarde beat Dec Spelman in the 6th round last night in an all English Light Heavyweight contest,it was his first fight in a year since losing to Kovalev.It wasn’t an amazing fight with a flashy KO,it looked like he was getting some rounds under his belt and knocking off some ring rust,till he put his foot down and started using his power,he basically wore Spelman down to the point of making him drop to his knee,taking a 10 count in the 6th round.

I didn’t realise this weekend’s card was so good, I take back my comment about it being a boring period. Even Waterson vs Hill was a bit of a banger last week.

Woodley vs Covington is likely to be 5 rounds of Colby holding him against the cage but Cerrone vs Price could be an absolute stormer if there isn’t an early knockout.

Chimaev on the bill again already after looking so good in his first two UFC fights, a big step up in competition this week. He fights like a big Khabib but too early to say how good he is yet. Would be nice if he’s the real deal, it’ll set up hugely interesting fights against the likes of Covington, Burns or Usman if he stays at Welterweight. Middleweight is probably the better weight class for him though, there aren’t the same quality of wrestlers in that division.

Johnny Walker on the card too though and a reminder for the likes of Chimaev of how quickly a hype train can get derailed.

Kevin Holland on the bill as well, one for you @CymruRed, he’s a bit of a showman (as is Johnny Walker).

Woodley’s last chance to show he’s still got it but Covington really needs the win also,i do hope their hatred of each other comes out in the fight,Woodley needs to let them hands go to win.

I can’t say i’ve seen Kevin Holland or if i have,i don’t really remember him but I’ve got the Prelims and main card Sky+'d,so i’ll give it a watch and check him out,Cerrone is probably the only fighter i’ve heard of on the next event.

I quite enjoyed last weekends fights,the 2 Heavy/Light Heavy fights were eventful,i’m not sure of his name but he King Kong’ed (that was his nickname) the shit out of the small fat guy,with what i can only describe as a double hammer fist pounding for awhile and then choked him out.

That 2nd one Ed Herman??? how lucky was he to get that win after a legal body blow put him on his arse fair and square,for the ref to then call it a low blow and then Herman feigning a nut blow to go along with the refs call to get a good few mins to recover,you could just see the longer that fight went on,he was going to take advantage of a bad call and win it.

Yeah Chimaev is the real deal, he’s going straight to the top and given how much he’s fighting it won’t take too long. Quickest to 3 UFC wins by about 40 days, only been hit once in those 3 fights, can wrestle, brutal ground and pound, submissions and serious power in his hands.

Talk of him fighting Maia next. Maia should absolute avoid that fight at all costs. Fuck that for a game of soldiers.

Some seriously good fights in the welterweight division for Chimaev like Usman, Covington, Burns. I’m sure Chimaev won’t duck Edwards like everyone else too.

another decorated irish amateur david oliver joyce after getting exposed as a professional,same old story.

Fair to say Adesanya enjoyed that one

head movement last night was non-existent, doj played right in to his opponent’s hands guy already beat TJ doheny previous fight jab was non-existent ,was leading with the righthand was a sucker for the left hook all night… I don’t know what is game plan was but it was terrible 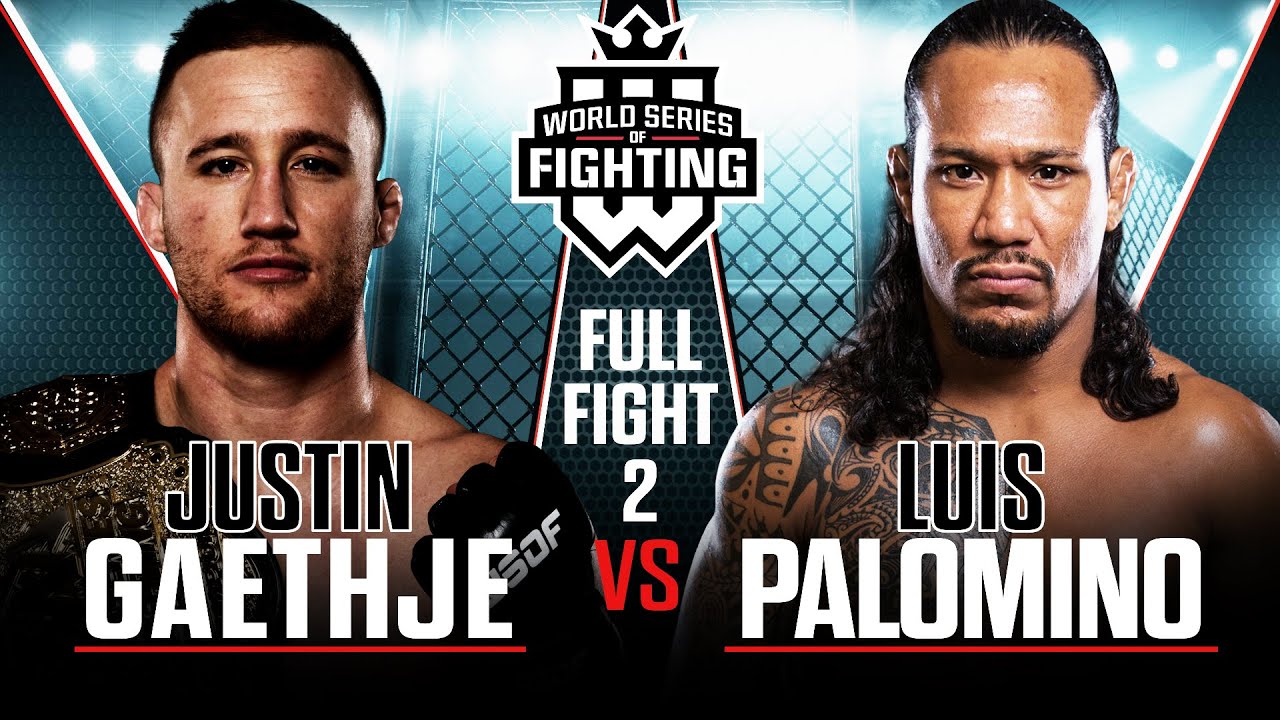 Looking forward to Gaethje v Khabib on 24th of October,still not 100% on who’ll win it but i got a sneaky feeling there will be a bit of a slug fest and carnage and then Khabib will choke him out.

I still haven’t watched this weekends UFC fights yet but seen the boxing on BT,Heavyweight Gorman beat African Lartey on points in a 10 rounder,1st fight back after losing to Daniel Dubois,top of the bill Liam Williams beat Robinson in the 1st round to keep hold of the British Middleweight belt,it was only a warm up before going for a world title next year,as soon as they clashed heads and he seen blood from a cut on his head,he just went to town on Robinson to get out of the ring and not jeopardise his title fight.

Highlight of the night for me was world amateur champion and now undefeated professional Scotish kid Willy Hutchinson,fighting out of the Ingle gym,he looks like a good prospect at Super-Middleweight,he stepped up from domestic to European level on Saturday night and dismantled Spaniard Fandino in 1 round,with super fast and accurate head and body shots (it took Sergio Martinez 7 rounds to take him out),deffo one to keep an eye on in the future.

i’m a tankie and lomachenko is ukrainian, so hope i’m wrong