But for sure, yes, PSG does not play with way, it’s impossible with Neymar in your side.

And Messi, their midfield basically has to run for 5 players not 2!

One of the reasons I am amazed that Gini doesn’t play, the guy is a Duracell bunny with talent.

Any remote hope, and it’s tiny, is linked to how either PSG or RM fare past this round.

So we’re hoping that PSG hit 5 past Madrid, Mbappe gets at least 3 of them and their fans boo him for the rest of the match. If that happens can we start getting Mbappe shirts printed?

Mbappe would probably be a better footballer with Klopp than he would be under Pep but the baldie cunt would improve him though , not as much as he would improve under Klopp but still…

A bit of baldism creeping into the forums…

The doping (financial, blood , recreational and who knows what else) sarcastic cunt?

he’s a cunt who just happens to be bald.

Saw the rumour that Man Utd are in for Carvalho too.

Hopefully we have it all tied up.

Saw the rumour that Man Utd are in for Carvalho too.

Hopefully we have it all tied up.

Not concerned at all. If he goes there then it’s not for footballing reasons, and we have dodged a bullet. He won’t though.

With Thiago and Fabinho both watching Leeds vs manu with Leeds hospitality passes on were they on a mission to persuade Raphina to come to Anfield of just scouting?

Or just passionate about live comedy.

leeds is the new blackpool?

hahaha Mbappe to Liverpool Would that be the ultimate Mikey Edwards parting gift / mic drop?

r/LiverpoolFC - Joao Felix was in attendance in the Liverpool end at Wembley... 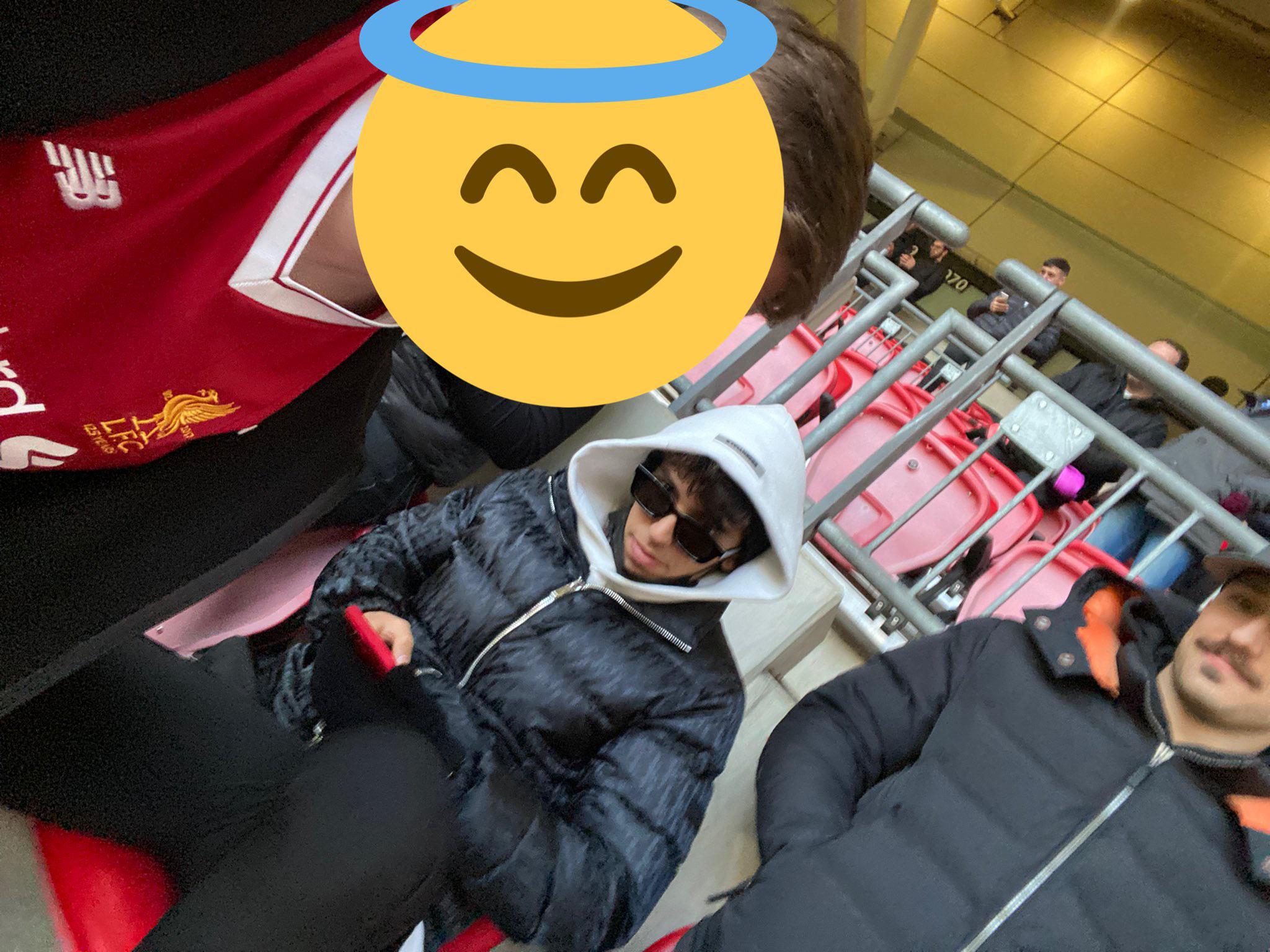 Decided that hes had enough of gimpeone and Spanish Burnley. Definitely wants in on the mighty reds. Who can blame him?

That or he was there to watch some good football. I choose to believe the former

Good mates with Jota I guess?

An entirely underwhelming player. Doesn’t get into goalscoring positions, doesn’t work hard defensively. One of those diminutive attacking midfielders that have drifted out of the top level of football.

Before people say “he’s not allowed to press under Simeone’s system” - that’s simply not true. Griezmann, Cunha and Correa all work hard in the pressing game. Felix doesn’t. Don’t see him being a fit for us and frankly if he hadn’t moved to Atletico for such an inflated fee then I doubt many people would even know who he is.

I like him, he has a lot of quality on the ball. Works out of tight spaces well and very resistant to the press. Could probably do the false 9 in our set up, similar to the way Havertz worked well against us on sunday in that kind of a role. He’d be more impactful playing for a side that has more possession, he’s not a player I’d pick for a counter attacking side.

Obvioulsy Atletico massively overpaid for him and they wouldn’t let him go for a reasonable price so there’s nothing in it.

Yep, I like him too. Could see him in the role you describe but very unlikely Atletico would agree to Liverpool’s valuation which is unlikely to be above €50m and we know we rarely budge.

Yep, I like him too. Could see him in the role you describe but very unlikely Atletico would agree to Liverpool’s valuation which is unlikely to be above €50m and we know we rarely budge.

He signed a 7 year deal when they bought him so there’s no reason for them to sell cheap just yet, he’s in it for the long haul there.

Are they not in a bit of trouble financially too?

This topic was automatically closed after reaching the maximum limit of 10000 replies. Continue discussion at The Unreliable Rumours Discussion Thread (Part 2).