Agreed. I can’t give up until it’s really over. But we will need fresh legs against Villa if we want to stay in touch. 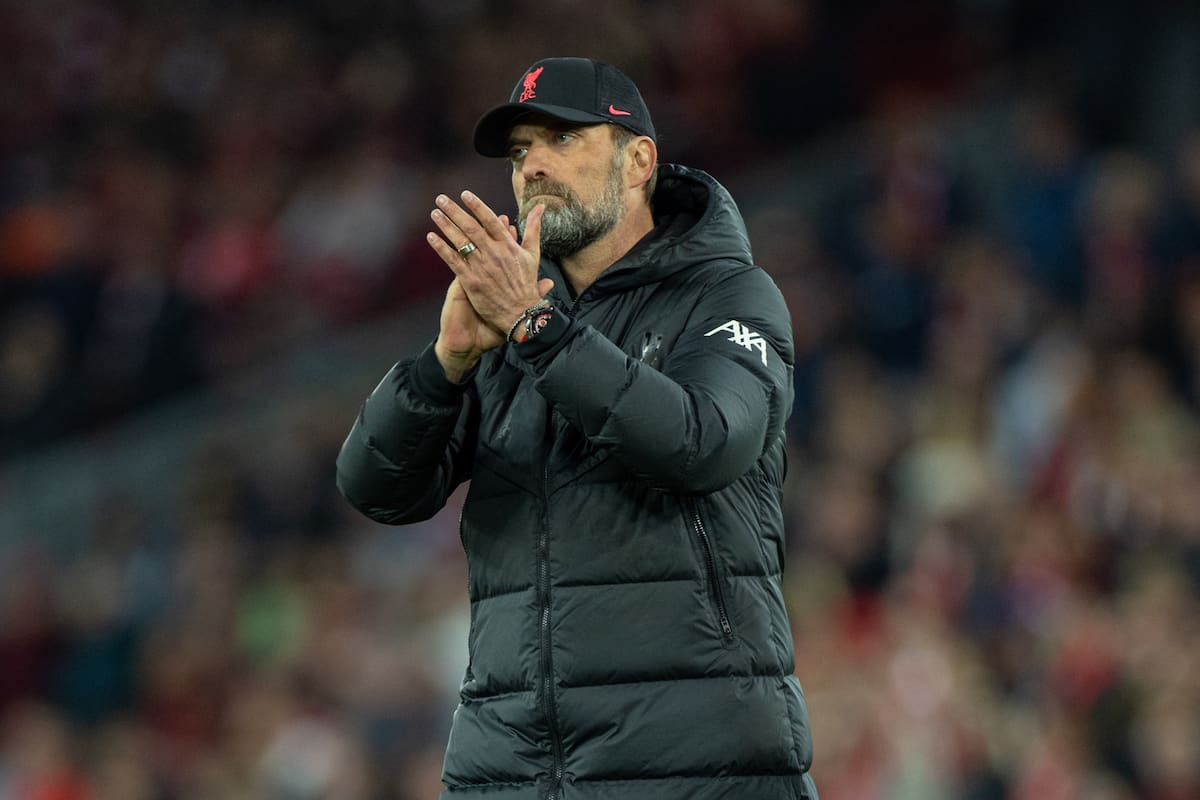 Liverpool would be "insane" to give up title hopes

Not time for conceding the title.

I’ve seen more professional pride from shelf-stackers than what’s been on display in the so-called ‘greatest league in the world’ over this weekend.
Time to focus on the cups.

I can see Westham beating them but we need to rotate simply for energy levels.

Tsimkas, Keita, Firmino are probably starters for me. Hendo only played 60 minutes but there is a case for Jones in this one.

Effectively it’s a 3 GD, I can’t see Wolves or Westham losing badly. The away games were always key for City.

If we lose or draw to Villa and they then slip up against wolves or Westham I’ll be gutted. We owe Villa a pasting, yes rotate but it’s probably needed if we are going to win anyhow.

That was only Paul Merson, to be fair. He’s about as intelligent as a broom handle, the fat cunt.

My post wasn’t throwing in the towel, in fact very few bigger stepfords here at TAN than me, I specifically said to rotate our boys and focus on the 2 Cup Final. We can’t throw in the towel on what we didn’t have control of anyway.

As an aside, this place should be a lot of fun over the next month.

It is that simple make sure we are as fit as possible to win those 2 trophies the PL is out of our hands.

Explaining that is a waste of time.

Can see Klopp making a few changes here. Robbo, Trent, Thiago all on the bench. Tsimikas, Gomez, and
Naby to start.

Prob see one of Mane Salah or Diaz rested at least, with Jota getting a start.

Other than that i think I’ll be a strong line up to start. Its not time to give up on the title. A win before City play away to Wolves is key.

If we had lost to Spurs, I’d say the league was definitely over. Asking for City to drop 5 points would be a bit much. But dropping 3 or 4? Doable. Extremely unlikely and improbable, but doable.

Making sure the gap is only 3 points is massive for us and keeps us within touching distance should they decide to shit the bed against Wolves or West Ham or both.

While some people will say ‘rest players for the two finals’ I am 100% sure Klopp will go all in, play the strongest side and tell them to play with the highest possible intensity.

We’ve probably been 'too disciplined‘ in many games this season. Now is not the time to be disciplined. It’s time to go wild.

Klopp can go full in and still rest players, we have more than enough good players to beat Villa but Robertson, Mané and Fabinho need a break IMO.

For me the priority now has to be the final against Chelsea, hopefully we see as many as 7-8 changes from Spurs.

If Ox still plays for us then him for Milner.

I don’t see Klopp throwing in the towel when we still have a chance of winning it.

Jota Bobby and Divock up top. Milner Keita and Jones in midfield. Gomez Matip Konate and Tsimikas at the back. High risk but what the fuck, there’s more chance of us winning the FA Cup against the down-tooler’s so just go for it.

Just to lift our spirits. Nothing is impossible.

Bristol Rovers did 7 yesterday. The teams we are playing can be tough but we can beat them by large margins end of the day it’s 4 isn’t it due to the nature of City having to lose by at least 1 goal. In one match. Two draws and it doesn’t matter anyhow.

I’m not sure who a Bobby, Origi and Jota forward line works? Origi isn’t great on the wings we learnt that over about 5 years ago, in fact I remember going to one of his last games on the wing for us. He’s effective in that middle I think we can easily rotate 2 of Salah, Diaz and Mane.

Jota isn’t the best on the wing but will be good enough so you then decide what else to go with.

Nah end of the day, even if one of the three cheaty ‘opponents’ actually has a go and somehow wins, you can be sure the other two will roll over to large defeats rather than try and rally. We’re not getting 4 goals back over 3 games when they are going to put 4-6 goals past their other two opponents. At this stage I want us to make sure we are fully focused on Wembley and Paris.

Next season we are coming for the league just like 19-20: we’ll start at 100% and grind them down until they quit.