Disadvantage of watching the match with a young one, missed the build up. Still like you said, wish he could have buried it anyway.

Don’t forget no Thiago, Origi or Elliott either.

Oh yes, forgot about them. Every time Thiago is mentioned, I get frustrated, he misses too many matches because of his injuries.

Much better in the 2nd half, moved the ball a lot quicker and running off the ball improved. I feel sorry for the Ox, scores a good goal and then turns his ankle. Let’s hope it’s not serious.

This match is a very interesting one from the tactics’ POV. On paper, we looked like a 433. However, in reality, we are in a 442 diamond.

Firmino has dropped into a no. 10 role. It helped him massively to be able to operate in pockets of space. When he is in space, the opposition panics and draws to him, allowing Jota and AOC have plenty of space to run into. When he is pressured, he has the smarts to release the ball. Given that this team hasn’t played in a 442 diamond a lot, his passes and flicks can be misread by our own team.

Then it came. Jota and minamino pressing the wide CDs from an angle, forcing the opposing GK to either boot up the ball or pass to Ajer. Firmino was sneaking behind Christian Norgaard who had no idea Firmino was lurking behind. Firmino won the ball, and it is all history.

Firmino being at the number 10 position also occupies the opposing DM. Leaving our CMs and FBs with a lot of space. This led to the AOC’s goal. AOC got only one damn job which is to use his pace to press the opposition CDs or FBs. This made AOC to be around the RF position all the time. This paid off when Robbo was given the space to do a deep cross. Any defender would fucking hate Robbo’s deep cross because a fast RW/RF will punish them hard. AOC duly punished them.

Conclusion: 442 diamond looks to be a very viable formation when the AFCON boys are not around. This may give Klopp a tactical flexibility that is so sorely lacking from us.

As for injuries, it really sucked to have AOC injured. Hopefully, he didn’t twist his ankle or a strained ligaments and it is just some bruising.

Ox for Minamino was a mile better although I thought we were poor again for long stretches. It is what it is without the AFCON boys Elliott and Thiago, 3 points.

Because of pace. Ox has the pace to get to the crosses that Robbo has been putting in. I can imagine this allows us to be tactically flexible when the situation calls for it.

Every time Thiago is mentioned, I get frustrated, he misses too many matches because of his injuries.

He’s another geezer who does my head in.

Damn, didn’t get my prediction in and didn’t see the match. Gave Fabinho MOTM as I wanted to see who everyone fancied (I seem to have got that right)
Oh! damn work as well missing too many matches now.

I did hope for a screamer from Fab…got the 2nd bit right.

Much improved performance in comparison to the Arsenal match and a deserved win. A boost of confidence hopefully.

Gutted for Ox. Just as he is in a good run of form, he gets injured. Hopefully it is just a bruise and nothing serious. Our available midfield and attacking options now really seem limited for the next two games. 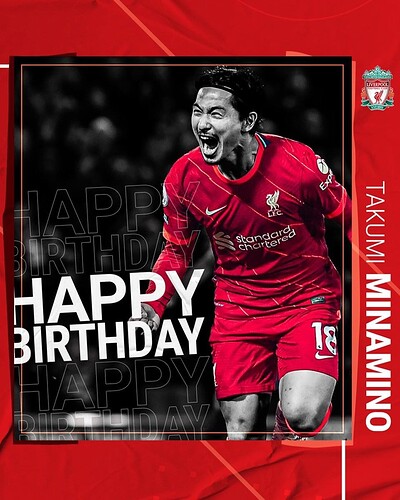 Had a nice 74 minutes rest and then celebrated in style.

Hope Ox will be back soon but it didn’t look good.

A very important win. Fabinho with MoM display.
Today again the full backs made the difference, TAA and Robbo with assists for the first 2 goals.
Jones played a solid game and after a long period out with injuries that was fine performance from the young scouser. My only critic is that sometimes he keeps the ball for too long, needs to distribute it faster.
Ox scored the vital goal, but overall was not good enough. Bobby and Jota need to improve. VvD and Matip were very good and Faibinho played and examplary 90 minutes.

The manager needs to add more quality in midfield and attack during the summer transfer window. Milner and Origi will leave as their contracts expire after 6 months. At least one /if not both/ of AOC and Keita will leave too. There is no clarity over the new contracts of Salah and Mane. Hendo will be 32 years old after 5 months, Tiago is injury prone/will be 31 years old after 3 months/ and the owners must support Klopp and give him a real chance to compete for the biggest trophies.

Two new midfielders, a forward and hopefully a new contracts to Salah and Mane will be a good start.

Yay, a comfortable 3-0 win, bonus clean sheet. Title is gone, but a CL win with a comfortable 2nd place finish would be lovely. Throw in a League or FA Cup for the cup double and I’m a happy camper.

No, City throw a couple of losses and a draw and we’re bang on top. No fat ladies even clearing their throats yet.