On another note credit to Joyce who carries on to walk through his opponents and breaking them down, was one hell of a knock out punch to a guy that’s never been stopped before.

You forgot to factor in Joyce has a chin made of vibranium.

At this point I’m pretty sure not even a falling tower of London could knock him down.

They’ll never get another opportunity to make as big a purse as they would from this fight. The pressure is on the AJ camp to make some compromises imo because Fury owes him nothing and it’s highly debatable if he deserves a shot ahead of other candidates now.

Doesn’t surprise me that it didn’t happen, all sounded a tiny bit unrealistic. Fury for all his genius is now well prone to changing stories all the time. You never know when he’s honest and when just talking shit. Did someone really believe he retired when he did? With someone like Khabib you could sense that was very possibly real, but with Fury in that moment… nah.

Joshua is not in a good place, but he’s also not dead. He can’t accept ‘anything’, objectivelly speaking and not solely as an outside fan of the sport. All sounded like a show from Fury’s side, to make it like “we wanted it, they didn’t”. I know boxing is a little bit shit in some aspects such as match making, etc. But why did it need to be solved by Monday?

Joshua seems lost, perhaps it’s better for him to go back to training camp and line up a few other fights. Get active. Fight some other guys that are not named Usyk or Fury. There are actually other fighters that could be good and complex for him. Then have one more proper go if he manages to get there.

I actually believe him that he’d fight Fury right now, but it’s because he’s frustrated more than anything. He’s trying to build his glory around fighting all the best guys out there. It’s come to a point when he can’t win anymore on pure power (not the only thing he has of course), he’s well aware of it. He’s losing the hype, feels like he’s disappointing people more and more. So he’s now acting too wild, too emotional, accepting all challenges.

Tried to learn how to box more before Usyk I, tried to go back to his roots for Usyk II. All in a short space of time and in both ways the executions actually weren’t good. He’ll go down as a top athlete in the sport, generally likeable (apart from that post-Usyk slight embarrassment), someone who made it to the top without any real amateur career.

Someone with whom it was pretty easy to create hype around masses. Looks the part, humble when he talks, blah blah. Ultimately, deep down, not the best of his generation, still pretty good, but getting found out for a while now.

We’ll see what happens with other fighters, Joyce is now in the conversation, Wilder could earn himself a little final go at it, Whyte is still active, other lower ones like maybe Hrgovic, Dubois, etc.

The pressure is on the AJ camp to make some compromises imo because Fury owes him nothing and it’s highly debatable if he deserves a shot ahead of other candidates now.

This is unfortunately the point at which most of these fights get made, because of the careers has gone in a way that even after making concessions its still the biggest fight out there for them. I dont know if its the right thing for AJ’s career, but he could be 34 before he’s ready to take another fight after this, and I dont know he has much runway left to try new things so may as well make the money in one last big fight

Lot of sense in what you say.
To be honest I “wanted” AJ to be much better, because the sport needs someone clean and proper to take it forward.
The whole pre fight shit talk and call out nonsense has the sport bordering on WWE, and AJ offered a different vision.
I can’t stand Fury, and to be he is a bigger version of McGregor, boorish and a blight on the name of sportsmanship.
Unfortunately AJ may never fight him, and even if he does its just about hoping that he has his best day to beat Fury.

What a shambles in the world of Boxing the last few weeks, Eddie Hearn and Matchroom at the centre of it all…

Very disappointed the big fight this weekend is off, a lot of questions still left unanswered.

A bit of a meh choice in the end from Fury’s side, will probably look to finish Derek this time.

Although who knows what were other realistic options for this date, Fury wants activity as we wait for the Usyk fight, for which he’s not ready at the moment.

Dereck will bow out on his own time…which will probably not be for another 40 years, he’s the James Milner of boxing.

Lets not forget he’s already taken 2 beatings at the hands of Fury…and this was when Fury was British level.

I think it might be a long time before somebody beats Islam Makhachev. Brother made Oliveira look like an absolute bum tonight and he’s comfortably dispatched all of the top contenders in the last couple of years. Saw he called out Volkanovski after the fight, and despite how good he is I just cannot see him overcoming that size difference.

Unbeaten IBF #7, WBO #11, WBA #12 heavyweight Agit Kabayel (22-0, 14 KOs) will headline a January SES boxing card at the RuhrCongress Hall in his hometown of Bochum, Germany. Kabayel’s opponent and the rest of the card is TBA.

Haven’t heard of Kayabel since that god awful fight with Chisora he had some years back, looks like he’s fought a bunch of nobodies since. 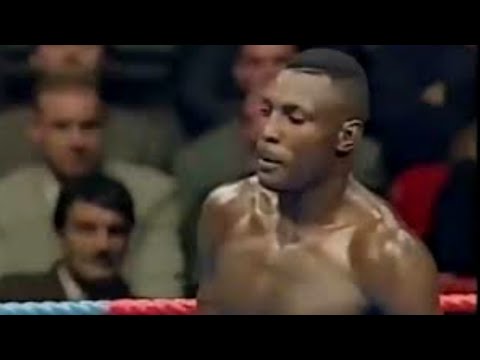 John Fury (Tysons Dad) getting pummelled in the ring